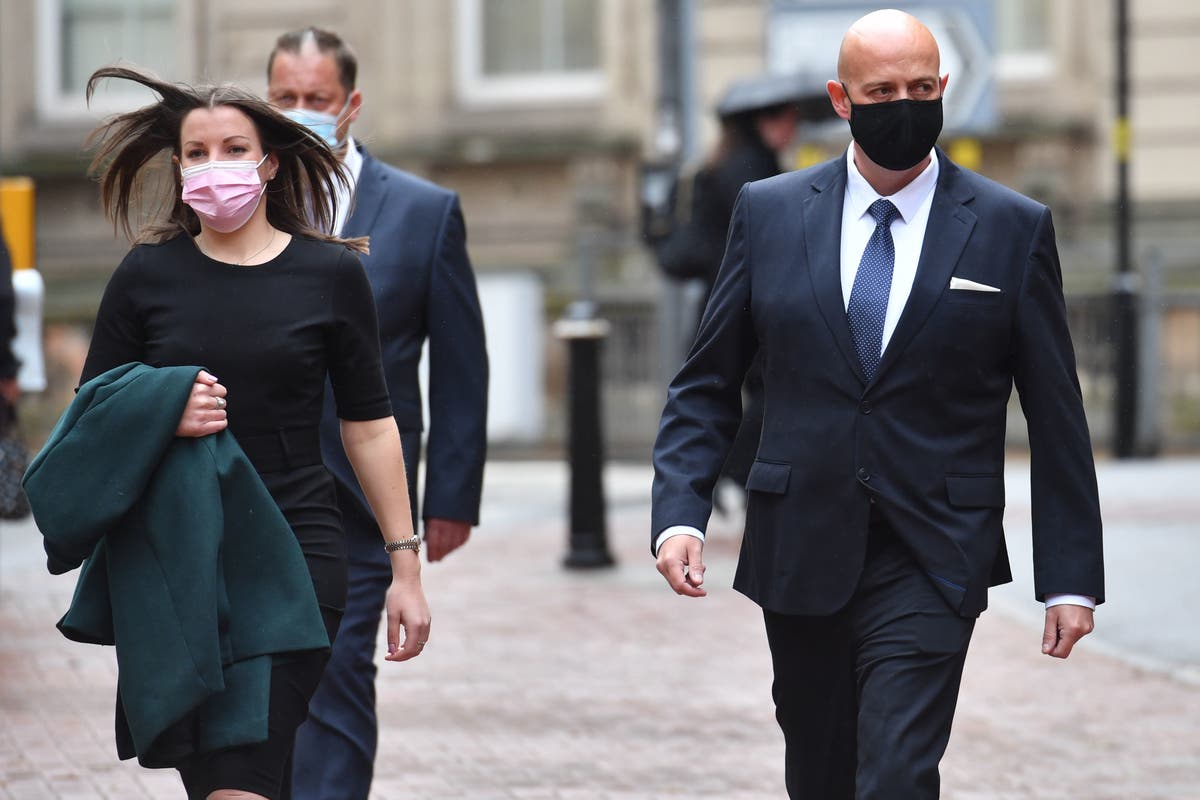 x-Aston Villa star Dalian Atkinson died after being tasered three times and kicked at least twice to the head by an “angry” police officer, a murder trial jury has heard.

Opening the Crown’s case against the 42-year-old officer, who was charged after a three-year inquiry into Mr Atkinson’s death in 2016 in Telford, Shropshire, prosecution counsel Alexandra Healy alleged the ex-footballer was tasered for 33 seconds, more than six times the standard five-second phase.

The QC told the court on Tuesday that Mr Atkinson, who had serious health problems including end stage renal failure, moved towards the officers after they were called to a disturbance in Meadow Close, Telford, at about 1.30am.

Outlining the Crown’s case, the prosecutor said the third deployment of a Taser by Monk was “completely effective” and caused Mr Atkinson neuro-muscular incapacitation before he fell forwards onto the road.

The barrister told the jury: “The standard default setting of a Taser is a five-second phase, but it is possible to override that by continuing to depress the trigger.

“And Pc Monk continued to depress the trigger for over six times the length of a standard five-second phase.

“The taser was deployed for 33 seconds.”

She has pleaded not guilty to a charge alleging she assaulted Mr Atkinson occasioning actual bodily harm before his death on August 15 2016.

Addressing Bettley-Smith’s alleged role, Ms Healy claimed the younger officer had struck Mr Atkinson, whilst he was lying on the ground, a number of times with her baton.

The prosecutor added of Monk: “In kicking Dalian Atkinson in the head not once, but on two separate occasions, Pc Monk was not, the prosecution say, acting in self-defence or in defence of another.

“He was no doubt angry that he had been put in fear by this man.

“He chose to take that anger out on Dalian Atkinson by kicking him in the head.

“His training will have taught him, and it is obvious, that the head is a sensitive area.

“In kicking Dalian Atkinson to the head Pc Monk can only, the prosecution say, have only intended to cause really serious injury.”