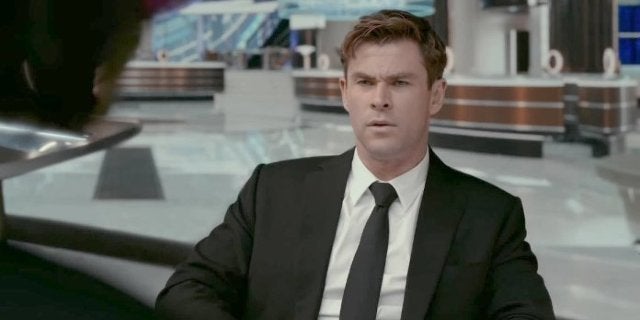 When Men in Black first debuted in 1996, stars Tommy Lee Jones and Will Smith were well-established actors, enticing audiences into an alien world, both literally and figuratively. As the series advanced, Jones’ Agent K and Smith’s Agent J became core components of the series, with this year’s Men in Black: International changing the trajectory of the franchise. Luckily, much like the first film, the latest sequel was able to rely on the star power of Thor: Ragnarok stars Chris Hemsworth and Tessa Thompson to excite audiences. Learn more about Hemsworth taking on the role of Agent H with the exclusive featurette above before Men in Black: International lands on Digital HD on August 20th and on 4K Ultra HD, Blu-ray, and DVD on September 3rd.

The Men in Black have always protected the Earth from the scum of the universe. In this new adventure, they tackle their biggest, most global threat to date: a mole in the Men in Black organization.

The 4K Ultra HD Combo Pack and Blu-ray of Men in Black: International feature exclusive deleted scenes–plus erase away those embarrassing moments with an all-new Neuralyzer infomercial and let Frank the Pug trace your out-of-this-world roots with Alien-centry.com. All formats come packed with bonus feature content, including a gag reel, several behind-the-scenes featurettes, and much more!

You can pick up Men in Black: International on Digital HD on August 20th and on 4K Ultra HD, Blu-ray, and DVD on September 3rd.

Will you be adding the film to your collection? Let us know in the comments below!