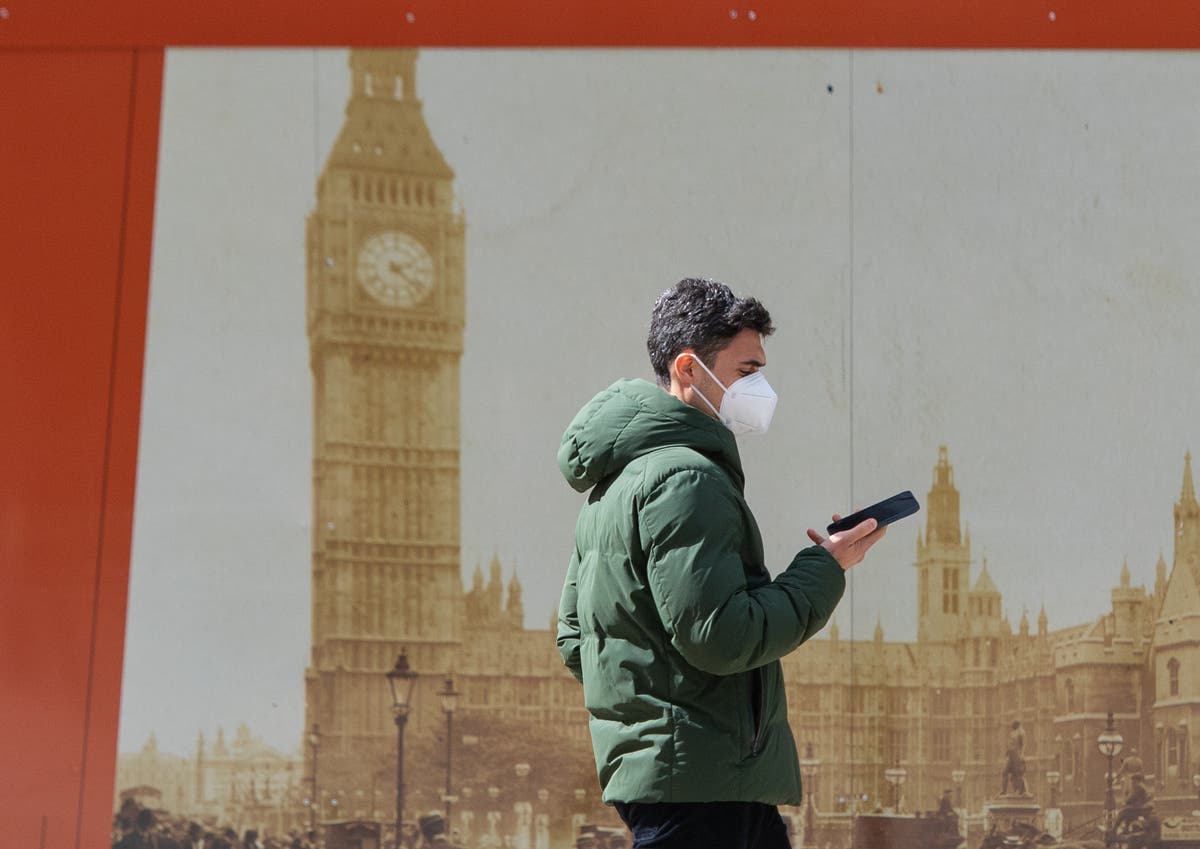 eaths involving coronavirus have plummeted 92% since the peak of the second wave in January, official weekly figures for England and Wales showed in the latest sign of progress against the pandemic.

Some 712 deaths involving Covid-19 happened in the seven days to March 19, according to the Office for National Statistics, down from 8,945 deaths in the week ending January 22 and the lowest level of weekly occurrences since October 9.

The positive indications came as ministers and health experts continued efforts to reassure the public about the safety of the Oxford/AstraZeneca vaccine after regulators pointed to a one in a million chance of dying from a rare blood clot.

The data could also increase the pressure on Boris Johnson to accelerate England’s route out of lockdown as the nation prepares for the reopening of shops, hairdressers, gyms and pub beer gardens on Monday.

PHE’s figures showed cases had fallen across all ages and in all parts of England.

He said: “According to the latest data, daily new cases of Covid have more than halved over a seven-day period, with cases now below 2,000.

“These figures are among the lowest in Europe. Admissions and deaths are also continuing to decline, putting the UK in a similar place to July last year.

“It’s unlikely that cases will continue to fall at this pace, but with the vaccinations programme and the weather improving, it’s likely they will remain low.”

The latest figures released by the Government showed:

– A further 53 people had died within 28 days of testing positive for Covid-19 as of Thursday, bringing the UK total by that measure to 126,980.

The success of the vaccination programme has helped drive down deaths and serious cases, but ministers and experts sought to bolster confidence in the jabs following concerns about a link between rare blood clots and AstraZeneca’s vaccine.

Health Secretary Matt Hancock said everyone should take a vaccine when their time comes, and the risk of experiencing a brain clot was the same as “taking a long-haul flight”.

He urged the under-30s, who now will be offered an alternative vaccine to AstraZeneca, to take a jab to protect loved ones and avoid the risk of long Covid, adding there is “more than enough” Moderna and Pfizer for this age range.

There are almost 10.2 million people aged 18 to 29 in the UK, of whom 1.6 million have already had their first vaccine.

In a round of broadcast interviews, Mr Hancock said vaccines are clearly breaking the link between Covid cases and deaths in the UK and were saving “thousands of lives”.

He told Sky News: “The number of people dying from Covid halved in the last nine days… and is down 90% from the peak.”

All vaccines in use in the UK were “safe for all ages”, but the “extremely rare” risk of suffering a rare brain blood clot, and the tipping of the balance of risk for the under-30s, means they could be given other jabs instead.

Speaking directly to younger people who may be thinking they do not need a vaccine, Mr Hancock told BBC Breakfast: “The vaccines are safe, and if you want to have the Pfizer vaccine or Moderna vaccine instead then that is fine.

“Covid is a horrible disease and long Covid affects people in their 20s just as much it seems as any other age group and can have debilitating side effects that essentially ruin your life.”

Professor Anthony Harnden, deputy chairman of the Joint Committee on Vaccination and Immunisation, explained that the chance of suffering a clot after a vaccine was much lower than for other medicines or during pregnancy.

Prof Harnden insisted “the vaccination programme is going full steam ahead” across the UK and “everybody should remain confident in it”.

Meanwhile, Professor Beverley Hunt, an expert in thrombosis and haemostasis at King’s College London, who has been working with the Medicines and Healthcare products Regulatory Agency (MHRA) on the clot cases, said those affected had been presenting to doctors “with the worst headache they’ve ever had” four days after vaccination and sometimes later, though prompt treatment could save lives.

On Wednesday, the MHRA said the benefits of the vaccine still outweigh the risks overall.

While it has not concluded that the vaccine causes rare brain clots, it says the link is getting firmer.