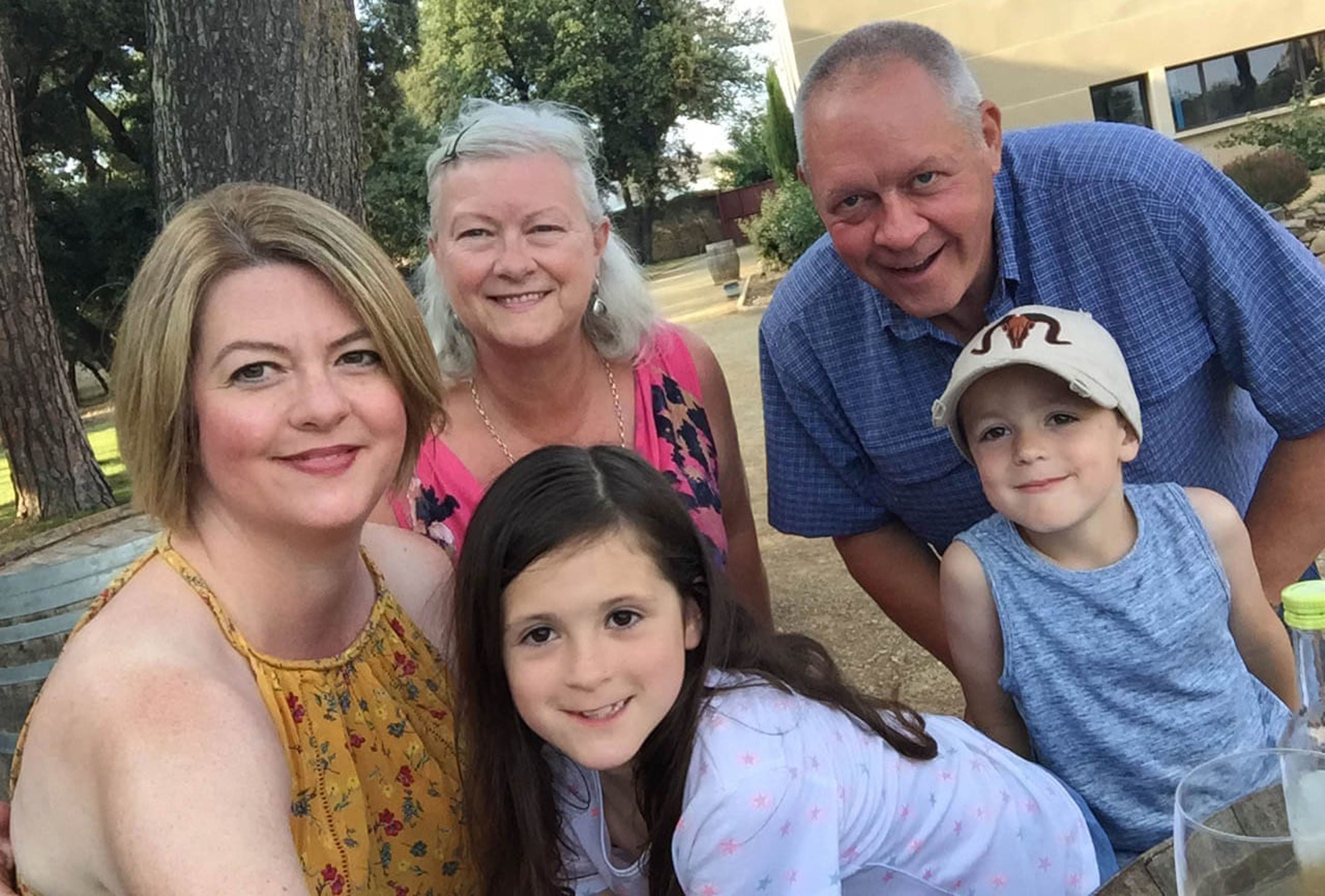 amilies grieving over the loss of loved ones to Covid-19 have warned against reuniting for Christmas.

Boris Johnson will detail his “winter Covid plan” on Monday, setting out the restrictions to replace the national lockdown on December 2 and how people can spend the festive period.

It came after Health Secretary Matt Hancock suggested on Friday that families would be able to spend “that cherished Christmas with your family as much as possible”, but added that social distancing would still be required between households.

But Kathryn de Prudhoe, a psychotherapist from Leeds, lost her father Tony Clay to Covid in April and believes mixing outside support bubbles is not worth the risk.

Mr Clay was 60 and had only mildly raised blood pressure before he caught coronavirus, but died in intensive care after three days in hospital, having suffered a bleed on his brain and heart attack as a result of the virus.

Ms de Prudhoe shared a poignant photo of the last time she saw her father before lockdown. It shows him laughing and playing with her son, 23 days before he died.

“We have no idea what the virus could do to somebody. I understand people want to get together, it’s been an incredibly difficult year … but at what cost?” she asked.

“I, for one, would forego Christmas with my parents if it meant that we as a family still had a future.”

Ms de Prudhoe is spending Christmas with her partner and two children, aged six and nine, and her mother – who now lives alone so is in a support bubble with her.

Heather Roberts, from Eastcote, London, lost her mother Violet Partington, 78, in April to Covid and described those wishing to “party” at Christmas as “selfish”.

Speaking on her mother’s birthday, the 54-year-old said: “We never got to say goodbye. We don’t have her here, none of us want to celebrate.

“I just want to go away but can’t. I feel so trapped and I feel so hurt by all the selfish people that want to party.

“Everyone has to make their choice but I feel that many have not lost anyone so don’t know the heartbreak it leaves behind.

“My sister is in counselling and every day you are reminded of it in the news.

“Think very carefully about what you are doing… I just wouldn’t risk it for the sake of a dinner.”

Ms Roberts suggested families could push back their family gatherings until Easter.

Charity worker Andy Stevens, from London, said his family also planned to celebrate Christmas apart this year, after the death of his nephew Jamie in March, aged 24.

Mr Stevens, 39, said Jamie had been healthy and a keen cyclist but a heart condition previously unknown to him exacerbated his illness.

“In many ways it would help to be together to collectively grieve and remember Jamie at Christmas, especially as we were not able to be together for his funeral, but we think it is not worth the risk,” he said.

“I would suggest that people should follow the guidance, and go beyond that depending on their particular level of risk.

“There are many families with empty seats round the table this year and we don’t want more families to experience that in 2021.”

It comes as Chancellor Rishi Sunak has warned that “Christmas is not going to be normal” despite England preparing to move out of lockdown and into a strengthened three-tier system of local coronavirus restrictions next month.

Mr Sunak said the localised tiered system is a “far better way” to tackle Covid-19 as he confirmed the Prime Minister’s plans, which were expected to be approved by the Cabinet on Sunday.

“I think, frustrating as it is for all of us, Christmas is not going to be normal this year,” he told Sky’s Sophy Ridge On Sunday.

“But that said, the Prime Minister and everyone else, we’re looking at ways to see how families can spend some time with each other over (the) Christmas period.

“Obviously that’s something that we would like to do and it’s been a difficult year for all of us, but as I said it’s not going to be a normal Christmas this year.”