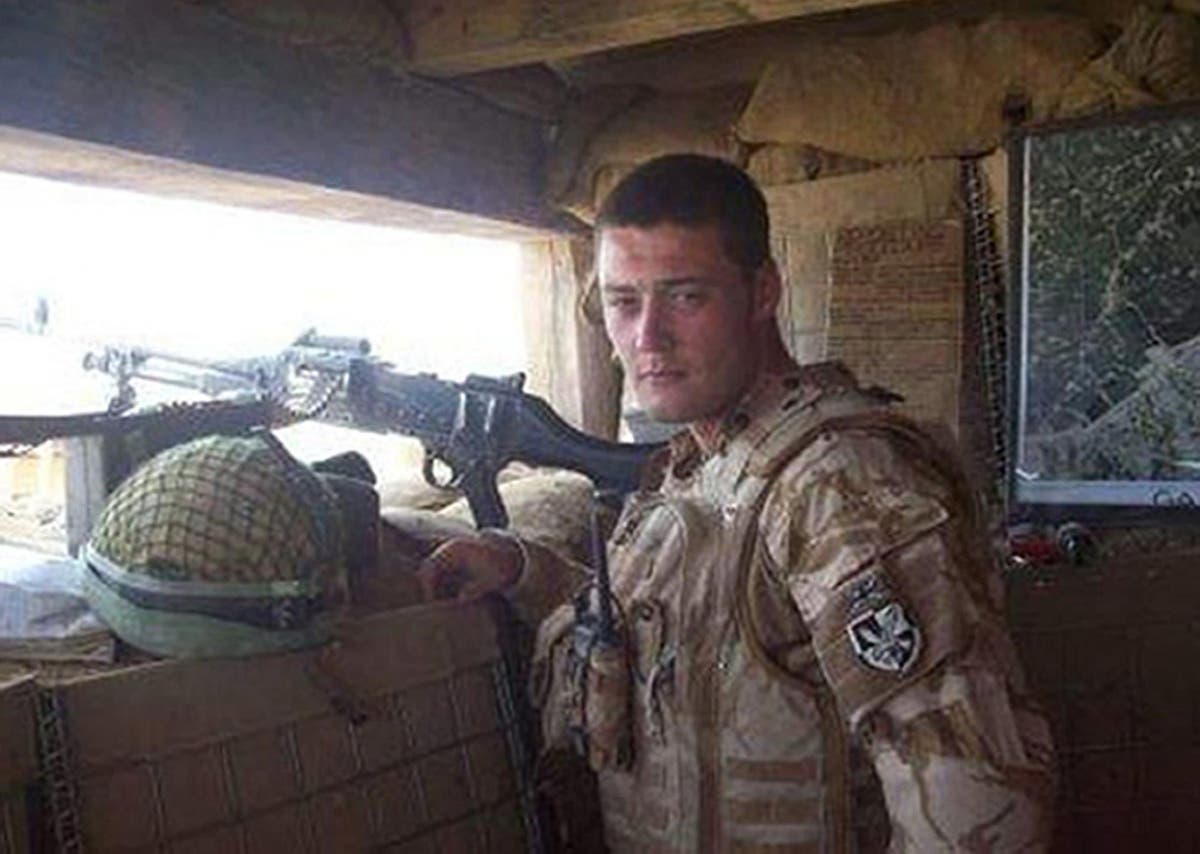 he father of a 19-year-old paratrooper killed in Afghanistan 13 years ago has asked whether his son died in a “pointless war” as he prepares for an event to mark the latest phase of the National Veterans’ Walk his family founded.

Tom Cuthbertson and his wife Carla were honoured with MBEs in the New Year honours list for their work following the death of their son Nathan in Afghanistan in 2008 while serving with 2 Para.

This work includes the National Veterans’ Walk in the centre of their home city of Sunderland which pays tribute to hundreds who have served in the military, living and dead.

Mr Cuthbertson said the events of the last three weeks have brought the emotions his family faced 13 years ago “flooding back” and left him with conflicting feelings about what has happened in Afghanistan.

He told the PA news agency: “It’s such a waste of young lives to end it so abruptly, but how much longer do you stay in that country for?

“Do you stay another 20 years? Do you risk more lives?”

Mr Cuthbertson, who also served as a paratrooper, questioned whether British troops should have been committed to Afghanistan 20 years ago and whether the UK should be trying to change countries in very different parts of the world.

He said: “We keep putting our troops to the slaughter. We couldn’t just stay in there forever and a day.

“It was fighting a pointless war, especially with what’s happening now, the way they (the Taliban) have taken over.

“Our Nathan’s died for what?”

Mr Cuthbertson, who is an ambulance emergency technician, was speaking ahead of a dedication event on Saturday to mark the latest phase of the National Veterans’ Walk – a project which is the first of its kind in the UK.

Almost 1,000 granite stones have already been laid in Mowbray Park, each featuring an individual’s name, rank and badge of their military unit.

Mr Cuthbertson said scores of the 25lb (11kg) flagstones have been laid since the pandemic began but Saturday will be the first time for more than 18 months that families, veterans and civic dignitaries have been able to gather.

He said he is expecting a “massive turnout”, including standard bearers and the mayor of Sunderland Harry Trueman.

“People come down and they cry; they are happy; some people cannot believe that they’ve got their loved ones remembered forever; some people are dying and they want a stone laid for them; they get them for birthdays, anniversaries; it’s so varied,” he said.

The project is supported by local businessman Rob Deverson, who said: “We have been unable to dedicate new stones since December 2019 so there are nearly 250 new plaques to be honoured. All the families have been invited and we expect a big turnout.”

Mr Trueman said: “This unique project is the first of its kind in the UK and goes beyond honouring those who have perished in conflicts as it offers anyone who is still serving or has at some point in their lifetime served the chance to create a permanent reminder of their proud service.

“Tom and Rob who organise this project have a very simple motto – They All Stand Equal – and it is marvellous to know that Sunderland is leading the way in honouring all service men and women.”

Mr and Mrs Cuthbertson’s work led to the construction of a new Memorial Wall, which honours those who have given their lives in conflicts since 1945 and they also started the annual Cuthy’s Big Bike Ride fundraising event.

The ride had to be cancelled in 2020 but returned last month.

More on their work can be found at www.nationalveteranswalk.co.uk