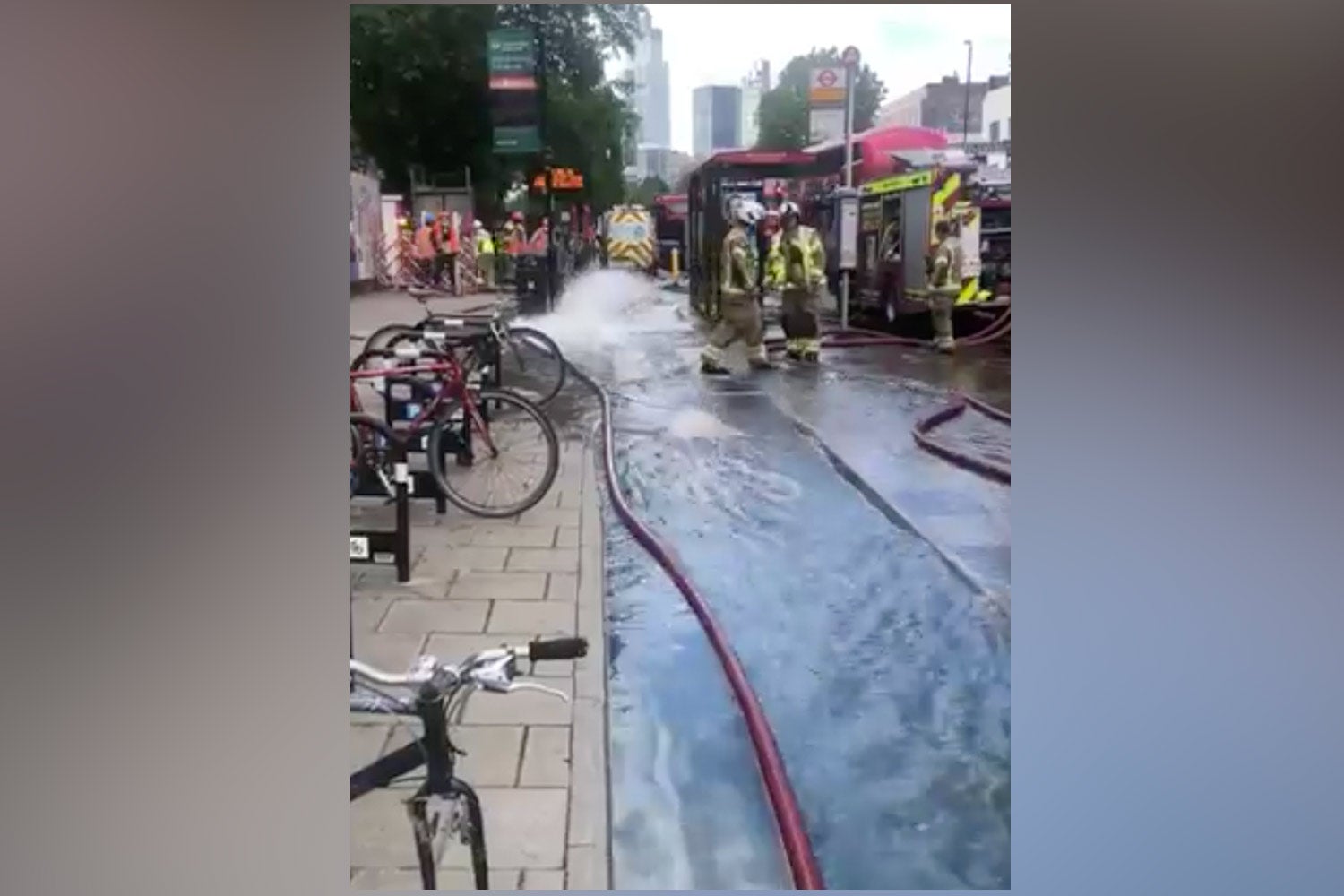 A water main has burst on the site of a former Royal London Hospital building in east London, prompting delays.

The Tower Hamlets division of the Metropolitan Police posted a video of fire crews at the scene near the major hospital in Whitechapel.

Water could be seen flowing through a cycle and bus lane off the dual carriageway.

A stretch of the A11 was cordoned off by police, with officers warning of disruption to the roads.

Police also said the burst could affect water supply but said that it was operating as normal at the moment. Traffic monitoring websites also reported delays.

Tower Hamlets MPS wrote on Twitter: “Due to extensive flooding and burst main in the basement of the old hospital, there maybe disruption to the roads in Whitechapel.

“There maybe disruption to water supply but NOT at the moment. We will keep you updated with any information.”

A Tower Hamlets Council spokesperson clarified that the mains burst took place outside the building, and not in the basement as suggested in the officers’ Tweet.

As of 3pm the leak had been isolated by engineers.

A Barts Health NHS Trust spokesperson said that the old Royal London site is no longer run by the Trust, and is being managed by Tower Hamkets

There is flooding coming from the old Royal London building site. The old site is not run by Barts Health NHS Trust and is being managed by Tower Hamlets Council and construction company, Bouygues.

The spokesperson said Barts Hospital had secured its current hospital buildings, alerted the London Ambulance Service, and secured or diverted emergency pathways around the leak.