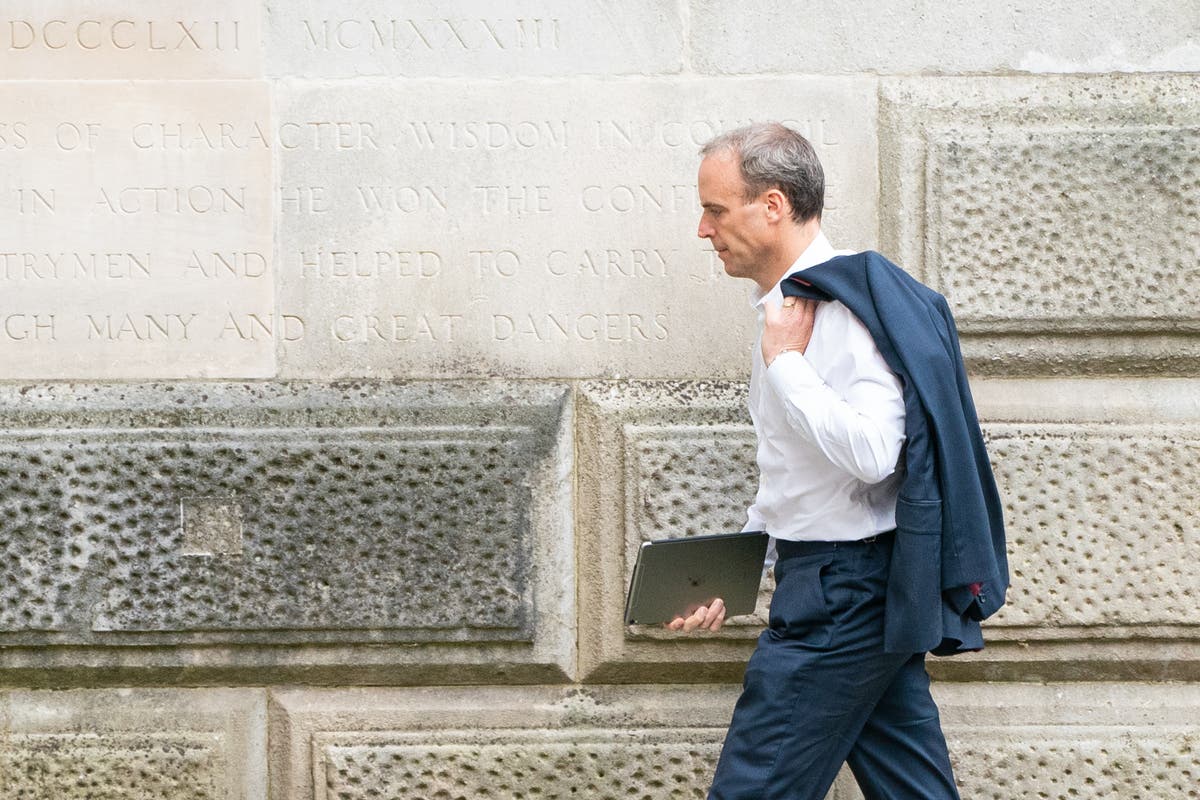 ominic Raab’s diplomatic mission switches to Pakistan as he continues the push to secure safe passage for Britons and Afghans stuck in Afghanistan.

The Foreign Secretary was expected to hold talks with his Pakistani counterpart, Makhdoom Shah Mahmood Qureshi, during what was billed as a two-day visit.

Pakistan’s Ministry of Foreign Affairs added Mr Raab is scheduled to have “interaction at the leadership level”.

He arrives in Pakistan after Boris Johnson insisted the UK needs to “level” with the Taliban and make them understand the need to allow people to leave Afghanistan.

During a visit to Qatar on Thursday, Mr Raab said evacuations may be able to resume from Kabul airport “in the near future” as he expressed a need for direct engagement with the Taliban.

He was using a visit to the region to build a coalition with nearby nations to “exert the maximum moderating influence” on the Taliban as they “adjust to the new reality” of the group being in power.

On Thursday evening, Mr Raab tweeted that he spoke to Tajikistan foreign minister Sirojiddin Muhriddin about “how our countries can help maintain stability in the region, and tackle the humanitarian situation in Afghanistan”.

“The talks will cover the evolving situation in Afghanistan and bilateral matters. Foreign Secretary Raab is also scheduled to have interaction at the leadership level.”

It added: “The visit will reinforce the current momentum in high-level exchanges between the two countries and help strengthen bilateral co-operation on a range of issues.”

While Mr Raab sought to make progress in the region, the Foreign, Commonwealth and Development Office confirmed details of how a £30 million UK aid package will be used.

It is expected that £10 million will be made available immediately to humanitarian organisations, such as the United Nations High Commissioner for Refugees (UNHCR), to despatch supplies to the Afghan borders.

Countries predicted to experience a significant increase in refugees will also receive £20 million to help with processing new arrivals and to provide essential services and supplies.

Mr Raab said: “They will provide Afghans who have left everything behind with essential kit offering shelter and basic sanitation as they seek to pick up the pieces of their lives.”

Mr Johnson last month announced an increase in aid to Afghanistan to £286 million, amid a policy to cut spending on overseas assistance.

A briefing from the House of Commons Library showed the UK sent £290 million of aid to Afghanistan in 2019, and at the Afghanistan Conference, held in Geneva in November 2020, the UK Government pledged £155 million in aid for 2021.

Mr Raab has been criticised for holidaying in Crete as the Taliban surged to power last month.

On Wednesday, Mr Raab told MPs the “most likely” outcome foreseen by the Joint Intelligence Committee “and the military” after the withdrawal of foreign troops was “a steady deterioration from that point and it was unlikely Kabul would fall this year”.

On Thursday, Mr Johnson told reporters: “I think it’s been clear for many months that the situation could go very fast and that’s been part of the intelligence briefing.

“There have also been suggestions that the Afghan national defence force might hold on for longer. But logically you can see what happened.

“Once people felt in Afghanistan, once people in the Afghan army felt that they were no longer going to be getting that American air cover, then I think the logic for them became really to end their resistance and so things did go faster, but you can see to the extent of the planning that’s been put into Op Pitting.”