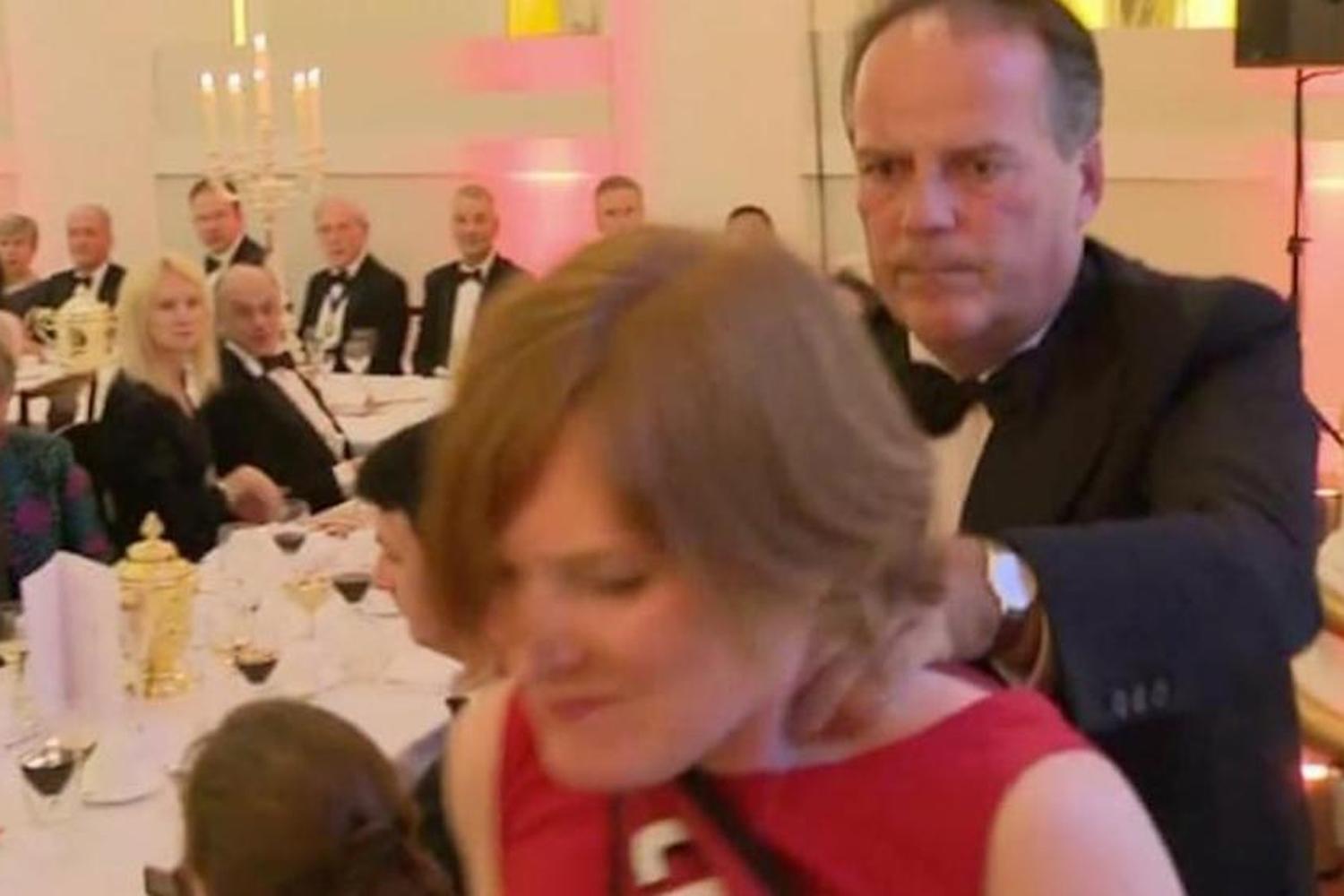 Former Tory MP Mark Field breached the ministerial code when he grabbed a climate change protester by the neck to eject her from a black-tie City dinner, a Government investigation has discovered.

Mr Field, who stood down from Parliament after being suspended as a Foreign Office minister, grabbed Greenpeace activist Janet Barker and compelled her from the occasion in June.

A Cabinet Office investigation discovered he was “justified in intervening to try to stop” Ms Barker from reaching the highest desk – as protesters disrupted the start of then-chancellor Philip Hammond’s speech.

But the report discovered that although he needed to make a “split-second decision” he “had the option of simply blocking her way” in the course of the incident, in London’s Mansion House.

He may have additionally waited for “others to shepherd her out rather than pushing her by the neck out of the room and down the stairs”, the Prime Minister’s impartial adviser on ministerial requirements Sir Alex Allan wrote.

After reviewing footage of the incident and the feedback of interviewees, he discovered “that the actions Mr Field took, and the force he used, were not consistent with the high standards of behaviour expected of ministers and with treating Ms Barker with consideration and respect”.

“As such it was a breach of the ministerial code,” Sir Alex added.

Mr Field, who joined the Commons representing the Cities of London and Westminster in 2001, will obtain no punishment over the ruling – as a result of he is now not a minister.

He was suspended by then-PM Theresa May.

She reviewed footage of the incident and described it as “very concerning”.

However, the case has since been closed with officers “taking no further action”.


Mr Field had claimed he was “genuinely worried she might have been armed” however that he “deeply” regretted the incident.

Ms Barker mentioned it left her “shaken up”, including: “There was over 300 folks in that room on the time and there was just one that reacted in that manner.

“We had that message, we had the climate emergency, and I feel it was fairly apparent that we had been there for that purpose – for a peaceable protest and we weren’t armed.