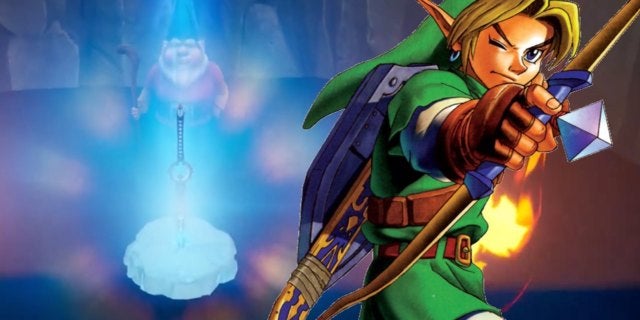 The Legend of Zelda remains a member of gaming royalty. The Nintendo franchise can do little wrong in the eye of gamers (barring Zelda II), and it has been embraced by fans of all ages. In fact, it seems even Fortnite die-hards are adopting Link into their fold, and one gamer went the extra mile to prove as much.

Taking to Youtube, a gamer known as Mustard showed off a project they undertook in Fornite Creative. The platform, which allows gamers to create their own levels in Fornite similar to Super Mario Maker, gave Mustard the ability to recreate the original The Legend of Zelda game…

So, that is naturally what they did.

As you can see in the video below, Mustard painstakingly recreated the top-down map of The Legend of Zelda via Fornite. From bushes to caverns, it is beyond impressive to see how closely this map matches the one created by Nintendo all those years ago, and there are even dungeons to explore.

In fact, there are several dungeons throughout the game which gamers must run through. The areas act as complex puzzles filled with enemies which gamers must make their way through in order to collect a piece of the Triforce. This map asks gamers to combine all nine pieces of the Triforce to open the final level, but that is not all! There are even hidden coins to collect whilst playing, and it will be a challenge to get some.

After all, Mustard included a little nod to Zelda lore with this map. In true Nintendo style, there is a wall in this map’s first dungeon which is cracked and ready to be obliterated by an explosive. You may not have Bomb Flowers in Fortnite, but a grenade will open up the room to collect some precious boon.

If you are wanting to check out this impressive map, you can find it on Fortnite Creative using the code 2326-3456-6999. And if you cannot wait for more of The Legend of Zelda, the franchise will see a favorite game redone this September as Link’s Awakening has been done up for the Nintendo Switch.

So, are you wanting to check out this handmade map now? Let me know in the comments or hit me up on Twitter @MeganPetersCB to talk all things comics and anime!