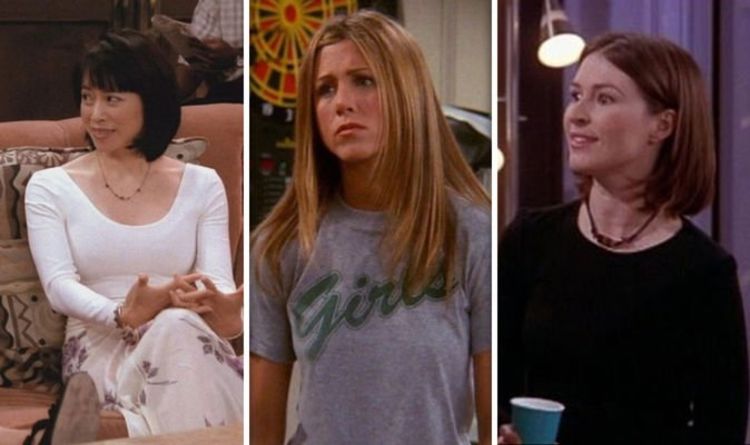 Friends stars Ross (Played by David Schwimmer) and Rachel (Jennifer Aniston) spent a long period of time getting together and breaking up again, weather they were seeing other people, or just “on a break” the pair couldn’t seem to get the timing right which caused fans a great deal of frustration.

Perhaps one of the most heartbreaking scenes came in the season one finale when Rachel finally found out Ross’ feelings for her and decided she felt the same way.

The episode entitled ‘The One Where Rachel Finds Out’ sees the waitress rush to the airport to tell Ross how she feels after realising the meaning behind a sentimental gift from Ross.

However, the trip ended badly as Ross returned from his travels with new girlfriend Julie (Lauren Tom) who he reconnected with in China, and it seems fans weren’t too happy about the new courtship.

In conversation with Today, the Julie actress recalled her frosty reception on set revealing fans gave her a difficult time while filming.

Lauren said: “I wasn’t prepared for the amount of venom I was about to receive in a live audience where they actually booed my character,” she said.

“And, of course, I was trying very hard not to get my feelings hurt. So I had to get used to that.”

However, the star said she understood why fans didn’t take to Julie, revealing that she was also a big Ross and Rachel fan.

Lauren added: “But I did understand intellectually that, you know, the audience was meant to be rooting for Rachel.

“Even I was rooting for Rachel, on some level, ’cause I was a fan of the show.”

“I made up most of the Italian spoken by Paolo,” he confessed.

“When I’m standing by the window with Jennifer, and I say, ‘Look at the moon, look at the stars.’ … I just made up those lines.”

Fans will remember Ross Geller was clearly jealous of his relationship with Rachel, making fun of him whenever he could, but went on to praise his “incredibly talented” co-star David.

He began: “The combination of the six [actors] was amazing, the chemistry was amazing and they were so generous with me, because they understood that I was a young guy from Italy thrown into a sitcom.”

Friends is available on Netflix.