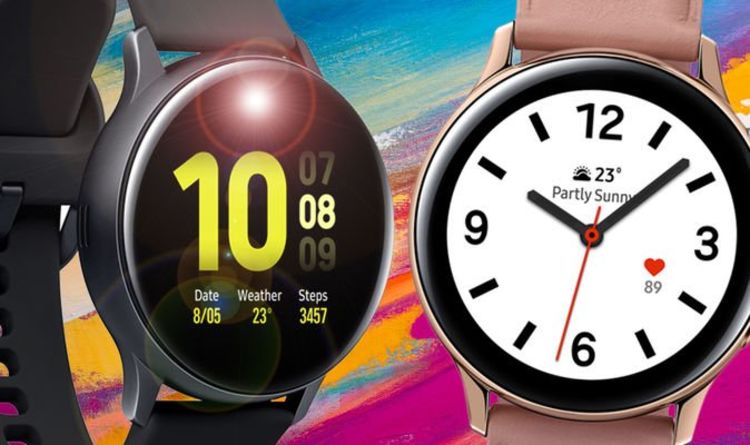 Galaxy Watch is Samsung’s wearable series that was recently refreshed.

The South Korean tech giant revealed its Galaxy Watch Active 2 device at the start of the month – the device comes in two sizes and boasts a score of fitness and health features.

Plus, the device is also capable of showing a user their phone notifications – a feature expected of all smartwatches.

While the Galaxy Watch Active 2 will surely be incredibly appealing to a number of Samsung fans, it seems the hardware could be overtaken by Apple’s next wearable.

The firm has been tipped to hold a hardware event on September 10 where a batch of new iPhones will be showcased.

However, it is also possible the US company could show off a new wearable too, as was the case at the firm’s September hardware event last year.

Rumours surrounding the Apple Watch Series 5 have been relatively light on the ground, but a recent leak has suggested the product will be made available in ceramic and titanium models.

iHelp BR recently found references to ceramic and titanium versions of the Apple Watch in the beta version for watchOS 6.

Animations were showcased by the site that referenced the new materials.

However, it is certainly possible Apple could debut new materials for its existing Series 4 wearable instead of debuting a new product entirely.

iHelp BR stated Apple fans will be able to pick up a watch with either ceramic or titanium in 40 millimetre or 44 millimetre case sizes.

If Apple is indeed planning to launch a Series 5 of its esteemed wearable, it is assumed the product would also deliver improved performance over its predecessor.

Moreover, the American tech firm typically focuses quite heavily on health and fitness features of the Apple Watch, meaning it is possible fresh features could debut if a new version of the wearable is unveiled later this year.

At the start of this year Bloomberg issued a report claiming Apple plans to add sleep tracking to its wearable line by 2020, meaning it is possible this function could debut, too.

While the new leak appears to add further credence to claims the tech powerhouse will debut a new version of the Apple Watch later this year, it is worth noting nothing in this regard has been officially confirmed.