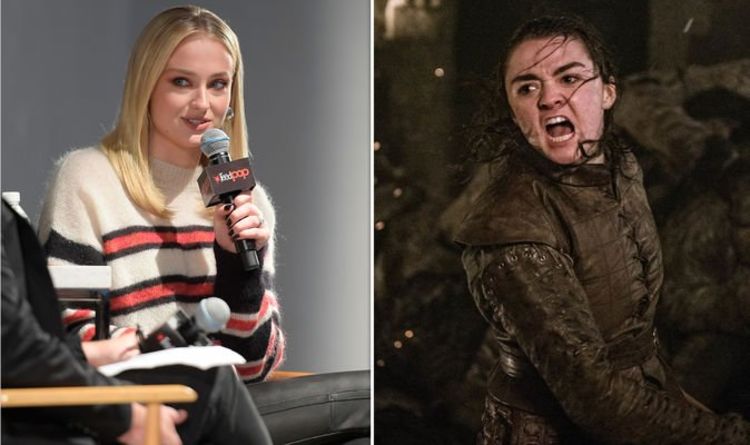 Game of Thrones fans have been divided ever since the divisive final season dropped back in May, with many fans furious at how major characters met their ending in the HBO hit.

Although many cast members stayed tight-lipped about what they thought about the ending when it dropped, many have started to speak out ahead of the Emmy awards.

The show has been nominated for a record breaking 32 awards this year including Outstanding Writing for a Drama Series.

However, Sansa Stark star Sophie Turner has joined the list of critics, revealing how she would have liked to see the show end.

In conversation with The Wrap, the star spoke out about her dream ending, revealing along with many other fans, she would have liked to see a different ending for Cersei Lannister (played by Lena Headey)

“And I would like to have seen Sansa and Cersei reunited, or Arya and Cersei.

“But there were so many ways the story could have turned out.”

However, the star revealed she was satisfied with her own character’s ending and even the controversial decision of who took to the Iron Throne, saying Bran might be “the perfect person for the job”.

Sophie added: “I felt very passionately about the ending for Sansa, and I was very happy with the ending that turned out for her…”

“I think it’s true what Tyrion was saying: Bran holds all of our stories, and we can’t move on unless we remember our history.

“Daeneyrs had to die. Cersei was a mad queen. Arya is too much of a free spirit. Sansa probably wouldn’t want to rule the seven kingdoms anyway — she wanted to stay in the North and defend the North.

“I really think Bran might be the perfect person for the job.

Sophie isn’t the only cast member to speak out about the ending as Osha star Natalia Tena didn’t hold back in a recent appearance on Yahoo’s White Wine Question Time podcast.

Natalia said the final episodes seemed fragmented, as if the scripts were written by “different people”.

Natalia said: “I liked it to the bit where she stabs him in the heart, I liked it up to then.

“But after that, I just feel like – I just didn’t understand.

“The calibre of writing towards the end and the plots and everything that happens and how they wrapped it up compared to any other season, any other bit, it just feels like it’s been written by different people.

Game of Thrones aired on HBO and UK fans can catch up on the final season via Sky Atlantic and NOW TV.