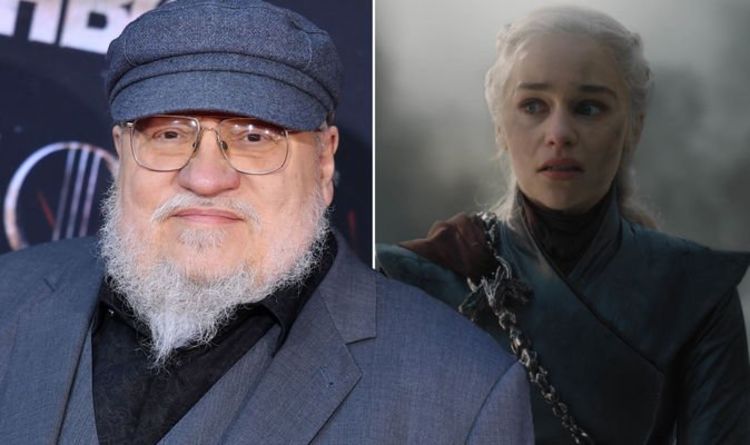 Game of Thrones may have come to an end on HBO but the books on which it is based on are still ongoing. Written and created by George RR Martin, the A Song of Ice and Fire novels still has two books to go and while Martin had hoped to have finished the series before the TV adaptation, he’s revealed the Golden Globe-winning series actually “slowed” him down. Here’s what Martin had to say about Game of Thrones.

What does George RR Martin really think of TV series?

George RR Martin opened up about the Game of Thrones TV series in a candid interview with The Observer.

The GOT creator revealed: “I don’t think [the TV series] was very good for me,

“The very thing that should have speeded me up actually slowed me down.”

Martin continued: “Every day I sat down to write and even if I had a good day … I’d feel terrible because I’d be thinking: ‘My God, I have to finish the book. I’ve only written four pages when I should have written 40.’”

READ MORE: Game of Thrones: How did Sophie Turner want GOT to end?

Game of Thrones on HBO finished after eight seasons although it’s widely regarded that showrunners DB Weiss and David Benioff began to divert from Martin’s source material at around seasons five and six.

As such, the pair were tasked with finishing the story of Game of Thrones without knowledge of Martin’s desired ending.

The final season, in particular, came under heavy scrutiny, from it being the worst-rated on Rotten Tomatoes to a petition called for the series to be rewritten with “competent writers”.

Despite the worldwide criticism, Martin has said it won’t influence how he ends his books.

READ MORE: Game of Thrones prequel release date: When will the GOT pilot air?

Regarding the final season and its criticism, Martin continued: “I took myself out of all that,

“It (the petition) doesn’t change anything at all, you can’t please everybody, so you’ve got to please yourself.”

How exactly Martin’s A Song of Ice and Fire will end still remains shrouded in mystery.

Fans have been waiting over eight years for the next instalment following the 2011 release of A Dance With Dragons.

The final two novels, titled The Winds of Winter and A Dream of Spring, are still yet to receive release dates.

Martin is still in the process of writing The Winds of Winter but did confirm it was on its way in a blog post earlier this year.

“THE WINDS OF WINTER is very late, I know, I know, but it will be done,

“I won’t say when, I’ve tried that before, only to burn you all and jinx myself… but I will finish it, and then will come A DREAM OF SPRING.”

Game of Thrones season 8 is available to buy and stream on Netflix now.