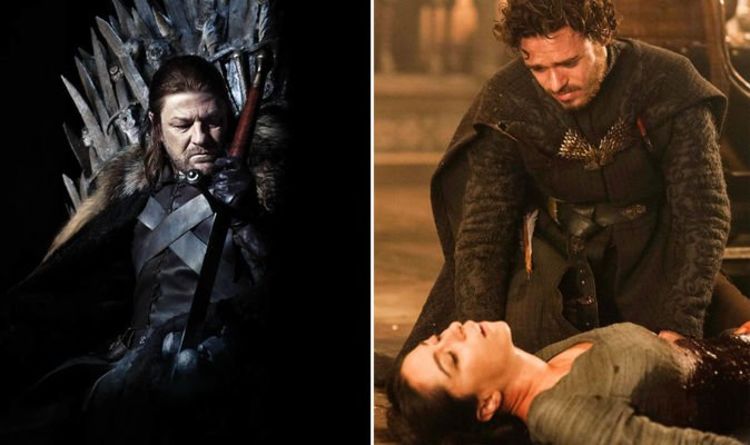 He watched events unfold as it was revealed that Ned’s (Sean Bean) sister Lyanna (Aisling Franciosi) had given birth to a son with Rhaegar Targaryen (Wilf Scolding) as the father.

Many fans have speculated what this meant for Ned, however one eagle-eyed fan thinks this may have been the cause of Robb’s (Richard Madden) death after the Stark saw the dishonour raising Jon bought to him, and changed paths.

The theory came after one fan took to Reddit listing why Jon Snow’s true parentage was difficult for Ned.

The user said: “Think about how much that must have sucked for Ned!

“He is fresh off a years long war in which he led rebellion armies and saw thousands on both sides die – all to depose a Targaryen king, and won

“Has just discovered his sister has created a new king, who is not only his nephew, but a Targaryen

“…By doing what Lyanna asked, his honor took a huge undeserved hit, his new wife was humiliated, the boy who should have been king had to live the life of a northern bastard, who wound up at the Wall.

“Ned had to carry all of that. No wonder he felt such guilt.”

However, one user commented suggesting Robb married Jayne out of fear of following in the footsteps of his father, but ended up dying anyway.

The user said: “Keep in mind what it means for Robb too.

“He saw what it was like for his parents and Jon when Ned brought back a bastard. It was his dad’s only breach of honor, his only failing.

“In the end he ends up ditching an important engagement and marries Jayne Westerling, the tragedy is Ned didn’t make that mistake either.”

A second added: “I never could understand why Robb married Jeyne.

“I always thought it was Martin wanting to shake things up but when I look at it like this it makes sense.

“Robb was too worried about following in the steps of his father but died from betrayal in the end anyway.

Fans will remember the horrific deaths of Robb, his mother, his pregnant wife and all his men in the “Red Wedding” episode, that sees him betrayed by Lord Walder.

Could this have been avoided had Ned not saved Jon Snow?

Game of Thrones aired on HBO and UK fans can catch up on the final season via Sky Atlantic and NOW TV.