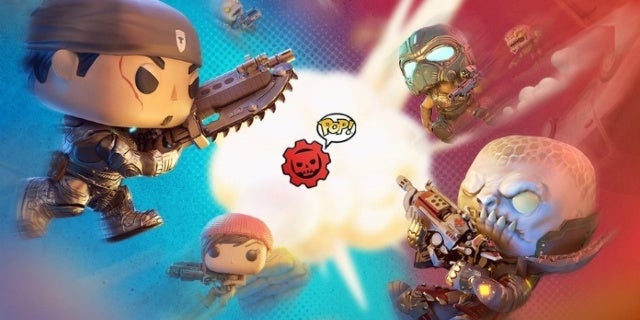 Gears POP!, the Funko Pop! figure-based mobile game centered around the Gears of War franchise, officially released today. The release date for the long-percolating mobile game was only announced earlier this week, but it looks like Microsoft didn’t want to delay it any further.

The basic premise of the game is to build a squad out of Gears characters, which are all based on their Funko Pop! vinyl designs. Players can then compete against other players’ squad or team up in a version of the Gears franchise’s classic Horde Mode. You can check out some of the various gameplay aspects in the launch trailer above.

“Gears POP! puts you on the battlefield by letting you customize your Leader who leads the troops on the battlefield,” Tyler Bielman, Publishing Design Lead at The Coalition, stated in an Xbox Wire post earlier today. “With a variety of game modes, you can train in Boot Camp to master the basic tactics or refine your deck composition in Practice matches. Battle other challengers from around the world in the player vs player Versus mode. For those looking to amp up the action, pair up with a friend to take down multiple enemies culminating in an epic Gears Boss fight in the Co-Op Horde Mode.”

For those that seek Gamerscore, good news! There are 45 separate Achievements in the game, worth a grand total of 1,000 Gamerscore. The full list of these Achievements is available right here.

Are you excited to download and play Gears POP!? Is there another franchise you wish would team up with Funko for a video game? Let us know in the comments, or hit me up directly on Twitter at @rollinbishop to talk all things gaming!

Gears POP! is now available for Android, iOS, and Windows 10 devices. You can check out all of our previous coverage of the video game right here.