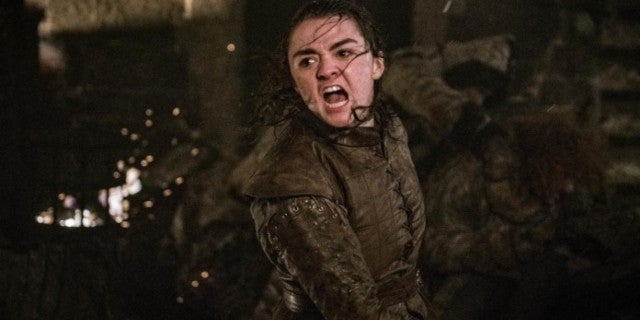 George RR Martin’s epic fantasy series of novels A Song of Ice and Fire, beginning with A Game of Thrones, spawned the hit HBO series Game of Thrones. A Dance With Dragons, the most recent release in the series and the fifth of seven planned installments, came out around the same time the show debuted, eight years ago. At first, it seemed the parallel telling of Martin’s story on television had spurred him into writing his novels more quickly. Looking back, Martin now sees the television show as a negative influence on his writing as it caused him anxiety and to feel bad about even his best writing days.

“There were a couple of years where, if I could have finished the book, I could have stayed ahead of the show for another couple of years, and the stress was enormous,” he tells The Guardian. “I don’t think it was very good for me, because the very thing that should have speeded me up actually slowed me down. Every day I sat down to write and even if I had a good day — and a good day for me is three or four pages — I’d feel terrible because I’d be thinking: ‘My God, I have to finish the book. I’ve only written four pages when I should have written 40.’”

And so the television series revealed the story’s end – at least a version of it – before the source material. That ending proved polarizing, but Martin says it won’t change anything about his version of the tale.

“No, it doesn’t. It doesn’t change anything at all,” Martin said. “You can’t please everybody, so you’ve got to please yourself.”

He’s supported the way David Benioff and DB Weiss closed out the fantasy saga. He also pointed out that the difference between prose and television means a lot was missing from their take.

“I am working in a very different medium than David and Dan, never forget,” Martin wrote in a blog post. “They had six hours for this final season. I expect these last two books of mine will fill 3000 manuscript pages between them before I’m done… and if more pages and chapters and scenes are needed, I’ll add them. And of course the butterfly effect will be at work as well; those of you who follow this Not A Blog will know that I’ve been talking about that since season one. There are characters who never made it onto the screen at all, and others who died in the show but still live in the books… so if nothing else, the readers will learn what happened to Jeyne Poole, Lady Stoneheart, Penny and her pig, Skahaz Shavepate, Arianne Martell, Darkstar, Victarion Greyjoy, Ser Garlan the Gallant, Aegon VI, and a myriad of other characters both great and small that viewers of the show never had the chance to meet. And yes, there will be unicorns… of a sort…”

What do you think of Game of Thrones’ influence on Martin? Let us know in the comments.