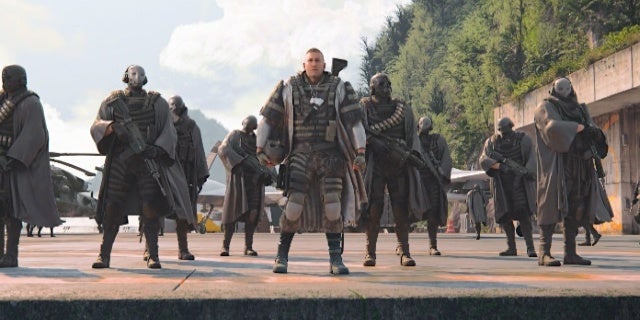 Tom Clancy’s Ghost Recon Breakpoint is shaping up to possibly be the most intense title in the entire Tom Clancy franchise. With the Ghosts set to take on former Ghosts, who have now become the Wolves, the tension is high. That said, Gamescom has brought forth plenty of details regarding some popular games, including ones that have yet to be released, including Ghost Recon Breakpoint. During the celebration, Ubisoft was kind enough to unveil Ghost War, the upcoming title’s PvP mode that will be just as intense as one might imagine.

“Ghost War is an intense 4v4 experience built on the tactical squad play from the Ghost Recon series, where strategy and teamwork are just as important as skill,” reads the official description. “At launch, players will be able to choose from four classes, Assault, Panther, Sharpshooter and Medic, each fulfilling specific roles on the battlefield as they engage with enemies across six unique maps. New features, such as cover mechanics, impact of the terrain and injury system were adapted from the Tom Clancy’s Ghost Recon Breakpoint’s campaign and will bring additional depth to the experience.”

The two following modes will also be part of the fun when Ghost Recon Breakpoint drops later this year:

Ghost Recon Breakpoint will be arriving on October 4th for PC, PlayStation 4, and Xbox One. For even more information about the upcoming title, check out some of our previous coverage as well as the description below:

“Tom Clancy’s Ghost Recon Breakpoint is a military shooter set in a diverse, hostile, and mysterious open world that you can play entirely solo or in four-player co-op. Injured, without support, and hunted down by ex-Ghosts, you must fight to survive while lost in Auroa. Choose the right alliances and decide how to take down your toughest enemy.

“Face your deadliest enemy yet, The Wolves, former Ghosts who have betrayed their country. Led by the charismatic Colonel Cole D. Walker they have taken control of Auroa for an unknown purpose. Now in control of Auroa’s powerful drone technology The Wolves and their allies will hunt you mercilessly across Auroa.

“Create a unique Ghost to look and play your way. With multiple classes and deep systems featuring thousands of options for both functional and cosmetic customization no two Ghosts will look and play the same. Weapons, gear, and equipment are craftable, customizable, and upgradeable using items and resources you’ll find across Auroa.”