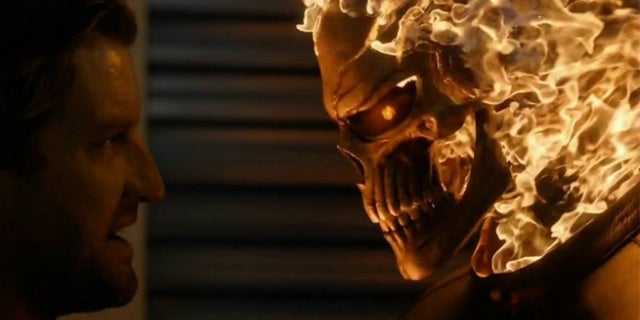 Ever since Marvel Television debuted the Spirit of Vengeance in some amazing episodes of Marvel’s Agents of S.H.I.E.L.D., rumors have swirled of a spinoff series in the works. And while a Ghost Rider series is now on the way, many of those rumors indicated that it would be coming to the ABC Network.

But now that Marvel’s Ghost Rider is set to debut on Hulu, Marvel Television boss Jeph Loeb is setting the record straight on their plans for the series, revealing that from its conception it was edgier than most other ABC shows. So they were always planning to take it to a different network or platform.

“… No, we never intended for it to be on ABC because we wanted to do a show that was more mature. Look, it has the weight in the best way that there had been a Daredevil movie, so that when there was a Daredevil television show, people knew the name,” Loeb explained to Deadline. “There was a lot of weight that came with the Daredevil movie that we had to shake off and prove ourselves that we could make a television show that became what it was. The good news is people love [Gabriel Luna], people love the way that character works, the feature film levels special effects – and the part that’s really exciting is we’ll push it further. It will have a little fun that folks will really dig.”

The Nicolas Cage Ghost Rider movies might weigh heavily on some people, but Marvel fans are likely eager to see a new take on the character that can be a lot riskier in how it approaches the material. That’s why the Daredevil series was able to overcome the perception created by the Ben Affleck movie.

Loeb went on to express his excitement for the Ghost Rider series, explaining that it will tap into a tone that Marvel Television has yet to explore in their many endeavors.

“What we love is the notion of how we can present a Marvel hero who was truly feared and truly believed that they were a monster, but that, as the stories go on, they realize, oh, I’m the hero of the story, I’m not the villain of the story,” Loeb said. “That’s not something we’ve ever done before. So we started with Ghost Rider, we went out and managed to get Gabriel Luna to come back and reproduce the role he played on S.H.I.E.L.D. Then we’re going to do Helstrom, and then there’s a couple more that we haven’t yet revealed to the world.“

Ghost Rider does not yet have a release date on Hulu.