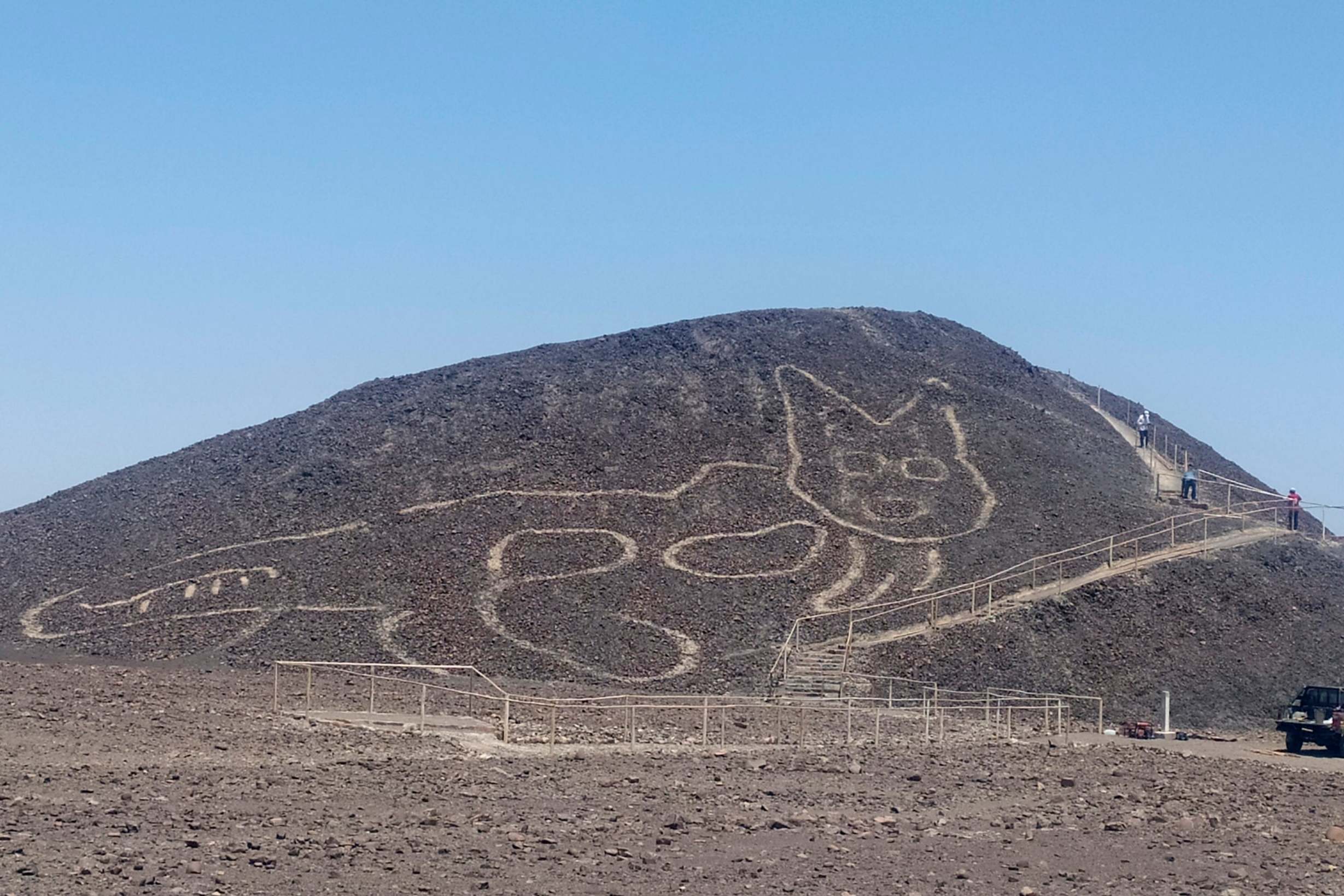 An historic etching of an enormous cat has been found in the Peruvian desert.

The 2,000-year-old discovery was made among the many Nazca Lines – a Unesco World Heritage website – that are made up of a whole bunch of geometric pictures.

The pictures, often called geoglyphs include round 300 figures, together with creatures and vegetation, that have been scratched into the desert sands.

The 120ft-long feline had remained untouched for 2 millennia on a hill beside the Pan-American Highway stretching from Alaska to Argentina, the i reported.

The cat was uncovered throughout development work to enhance entry to a viewing platform, archeologist Jhonny Isla advised reporters.

The platform was supposed as a vantage level for guests to view the a whole bunch of different geoglyphs making up the Nazca Lines.

Mr Isla, Peru‘s chief archaeologist for the realm, advised Efe information company that the cat pre-dates the Nazca tradition which created many of the figures between 200 and 700 AD.

“It might seem surprising that new designs are still being found, but we know there are more out there,” he advised native press.

“In the last few years the use of drones, which enable us to take images of the sides of hills, makes that possible.”

In an announcement, Peru’s tradition ministry stated: “The figure was scarcely visible and was about to disappear, because it’s situated on quite a steep slope that’s prone to the effects of natural erosion.”

It added that the huge drawing has been cleaned and conserved over the previous week.