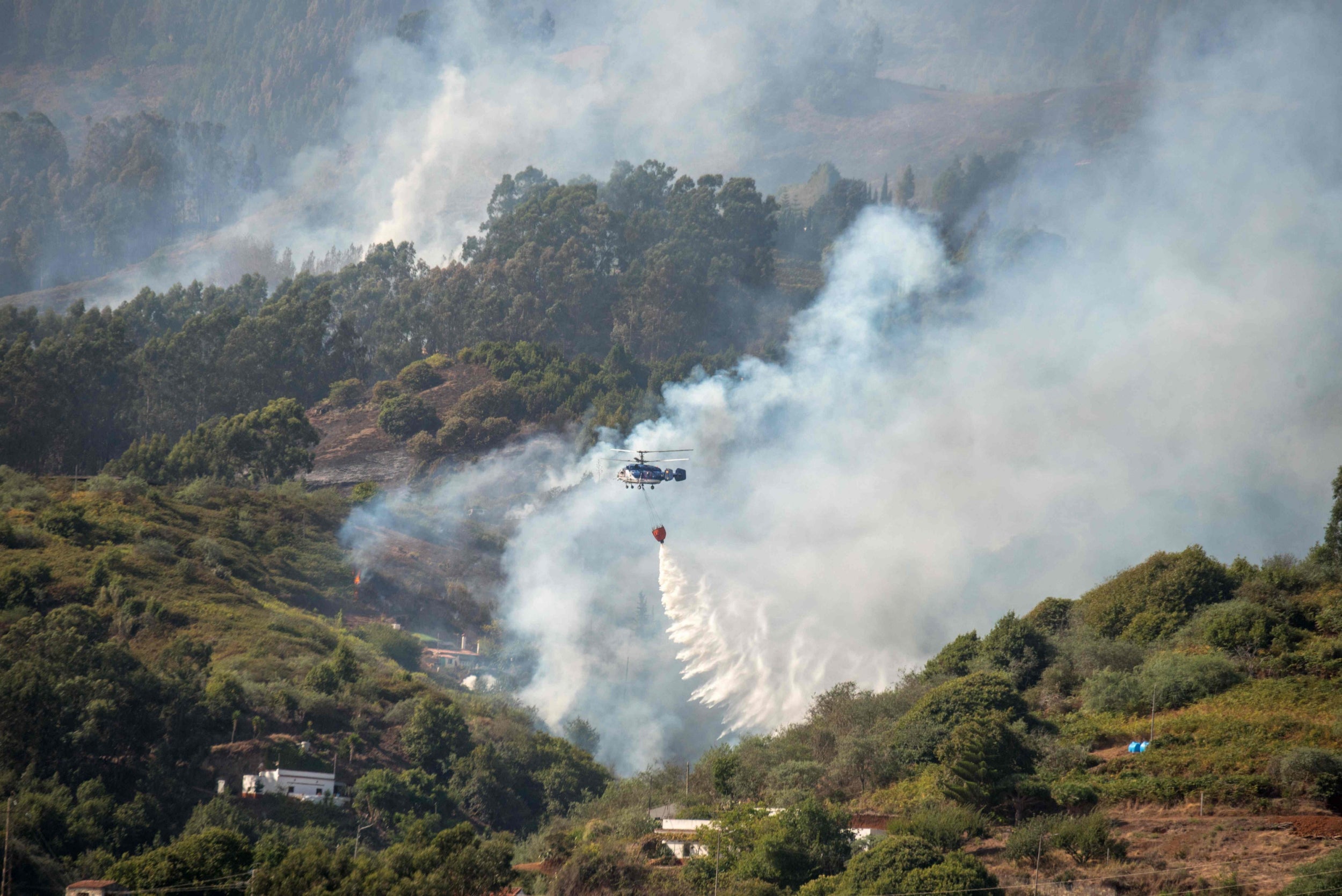 A raging wildfire ripping through Gran Canaria has seen more than 8,000 people forced to flee their homes.

The blaze has decimated some 14,800 acres of land in just 48 hours and has thrown flames 160ft into the sky.

It has raced across woodlands into Tamadaba Natural Park, regarded as one of the jewels on Gran Canaria.

Authorities on the Spanish island, one of the Canary Islands, have deployed  1,100 firefighters along with 14 water-dropping aircraft to battle the inferno that started on Saturday afternoon.

Summer temperatures on the island, popular with holidaymakers, were expected to reach 36C on Monday.

Despite the mass evacuations of residents, no hotels have been reported to have been evacuated.

Gran Canaria emergency chief Frederico Grillo said recent blazes now are much worse and “nothing like those we used to have”, when families worked in the countryside and forests were kept more orderly, private news agency Europa Press reported.

He said if the island’s entire annual budget was used for forest fire prevention, it would still only be possible to clear brush from 30 per cent of its woodlands.