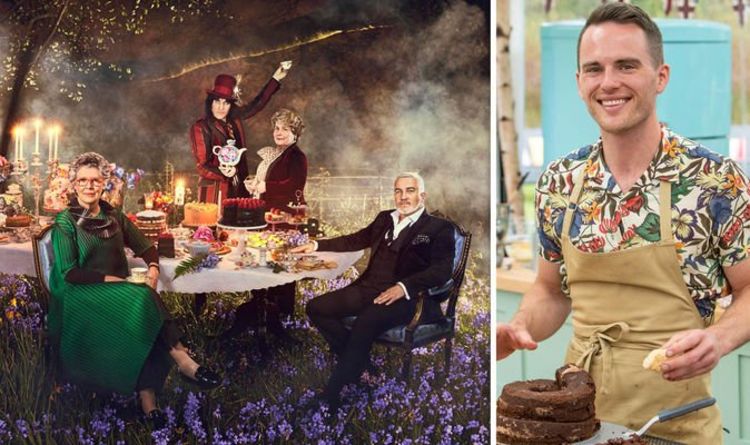 The Great British Bake Off 2019 line-up has now been announced by Channel 4 and the contestant list includes Yorkshire born David. Channel 4 viewers will first see David on Bake Off when the show starts on Tuesday (August 27) at 8pm.

Who is GBBO’s David?

Great British Bake Off 2019 contestant David is an international health advisor from Yorkshire.

He is a baker who loves bread after learning to make it as a child.

He told Channel 4: “I have watched Bake Off from the start, and I have daydreamed so many times walking to work about being in it for such a long time.

“And when I got accepted it was such a mixture of emotions.

“Then I thought this is really crazy, am I good enough, will I have enough time to practice?”

Raised in rural Yorkshire, he was brought up by a baking-crazy mother.

She would refuse to buy a shop loaf of bread when she could make her own, giving David his early passion for bread.

He studied art and design before turning to nursing, which took him to his current job.

David also had the unique experience of learning to bake in Malawi.

While other Bake Off contestants where in their kitchen using their ovens, David was perfecting more rustic techniques.

While working in Malawi, he built an oven out of an oil drum.

With this, he invented a cake that would cook over this contraption or over a fire.

Nowadays, he still loves making bread but still does not like more fiddly baking.

Outside of baking, David from Bake Off’s hobbies include cycling and making ceramics.

Channel 4 viewers will get to see how well David does when Bake Off returns for 2019.