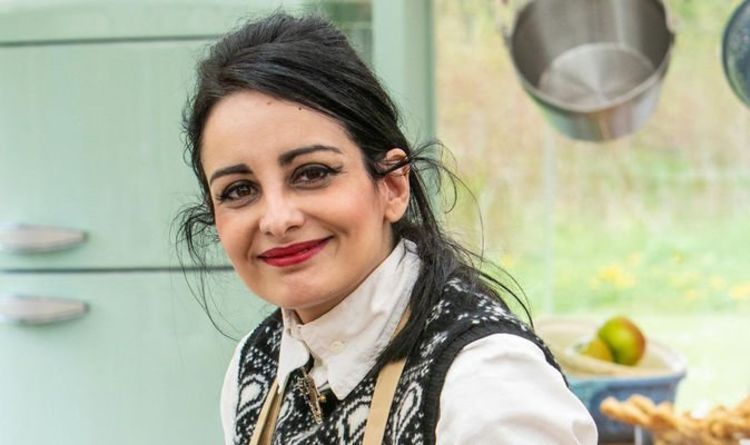 The Great British Bake Off 2019 will return to Channel 4 this month and with just a week to go, the line-up has been announced. Helena is just one of the 13 new Bake Off contestants hoping to win the Crown this year – with the youngest ever group of contestants. The show starts on Tuesday (August 27) at 8pm on Channel 4 – but what do we know about contestant Helena?

Who is GBBO’s Helena?

Great British Bake Off 2019 contestant Helena, 40, is an online project manager from Leeds.

Helena was born in Ceuta, an autonomous Spanish city that borders Morocco in Africa.

Following that, she lived in Spain as a child and was raised in Lanzarote.

The keen baker, now lives in Leeds with her husband and children.

She will be hoping to win over Paul Hollywood and Prue Leith with her Spanish influences when the show returns on August 27.

She told Channel 4: “I won a baking competition at work and that gave me the confidence to apply.

“Although when I learned that I had got in I had a bit of a confidence crisis thinking, can I possibly be good enough?”

She first took to baking on a school exchange trip to Las Vegas, where she lived with a Mormon family.

However, baking had always been a part of her life since she was a child when she would watch her Spanish grandmother bake.

She likes to use American flavours like pumpkin, pecans and maple in her bakes.

However, she also has a taste for the spooky and is inspired by Halloween in many of her creations.

The baker does not currently have a public Instagram, though that is sure to change when Bake Off fame beckons.

According to The Sun, her GBBO hero is last year’s contestant Kim-Joy, whose “particular style” and “niche look” she loves.

Channel 4 viewers will get to see how well Helena does when Bake Off returns for 2019.