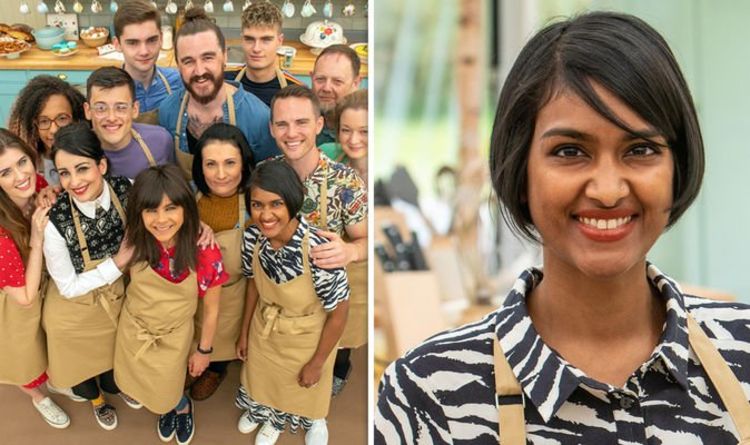 The Great British Bake Off returns on Tuesday, August 27 to Channel 4 at 8pm. Priya is one of the younger contestants taking part in the show this year. Here’s everything you need to know about GBBO contestant Priya.

Who is GBBO’s Priya?

Bake Off contestant Priya is 34-years-old and works as a Marketing consultant in Leicester, where she lives with her husband and their two children.

Priya’s love for baking began when joined her baking club at primary school.

But her passion for baking was reignited when she was given a stand mixer seven years ago as a wedding present.

For the past 10 years, Priya has been baking for her friends and family.

Priya loves to bake bread but recently began experimenting with vegan bakes and most of her treats include tropical, fruity flavours.

She said: “I downloaded the application for Bake Off in 2012, the year I got married, but I thought I would never get in.

“I applied again last year, and then this year I got in and it was so dreamy and unreal.

“I was in no doubt it would change my life. And it taught me to pursue the things you love and you just have to go for it.”

Who are the other GBBO contestants?

This year, 13 amateur bakers are taking to the Bake Off tent.

This year’s line up for Bake Off is the youngest in the show’s history, with an average age of just 31.

The previous nine years of the show have had an average closer to 40.

Among this year’s contestants are a geography teacher, a fashion designer, a HGV driver and a veterinary surgeon.

READ MORE: Bake Off 2019: Who is Great British Bake Off contestant Rosie?

Paul Hollywood and Prue Leith are back as the judges on this year’s Great British Bake Off.

Hollywood has been a judge on The Great British Bake Off since the show aired in 2010.

Before GBBO moved from BBC One to Channel 4, he used to judge alongside Mary Berry.

Leith was previously a judge on BBC Two’s Great British Menu for 11 years before joining The Great British Bake Off in March 2017.

Sandi Toksvig and Noel Fielding return to present The Great British Bake Off for the third year running.

The Great Britsh Bake Off returns Tuesday, August 27 on Channel 4 at 8pm