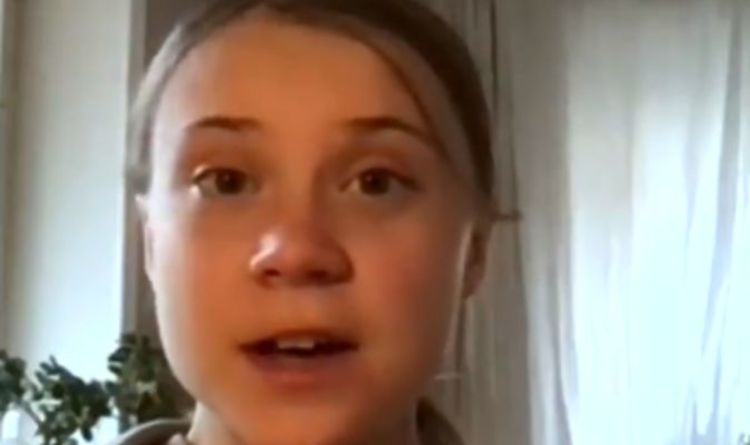 Ranvir Singh quizzed the environmental activist over appearing “emotional” during certain events in her career, including scenes in her latest documentary. However, Greta Thunberg stated that people see the climate crisis as a threat and therefore attempt to discredit her.

Ms Singh said: “You are very emotional actually in the film.

“I wonder whether it is that which has captured the emotion and the imagination of the world.

“We have heard the science from academics but what we do not often get is the tears, the deep emotion and empathy that you feel for the unfairness of climate change.”

Ms Thunberg replied: “I think it is the exact opposite, when we talk about climate maybe at least sometimes when it comes to me, too much [about] emotions.

“The media is blowing things out of proportion and is framing me like an emotional angry teenager.

“When in fact we should be looking at the science.”

She added: “They are seeing the climate movement as a threat and rather than speaking about the climate crisis itself, they try to shift the subject to someone like me because it then becomes a question about me.”

Some Good Morning Britain viewers took to social media to discuss the issues raised by Greta.

One Twitter user said: “Such an articulate and impressive young woman.

“We really need to listen and not turn away from this massive crisis.”

Another tweeted: “I love how wise and articulate @GretaThunberg is.”