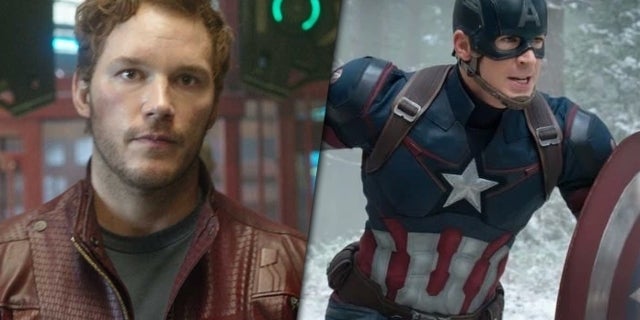 For the previous 5 years or so, Chris Pratt has been entertaining audiences as Star-Lord in Marvel’s Guardians of the Galaxy franchise. Prior to that, nonetheless, the Parks and Rec alum was up for a way more totally different function. With the arrival of Disney+ earlier in the present day, Marvel Studios unveiled an entire slate of additional content material from the Marvel Cinematic Universe, together with a featurette specializing in Sarah Finn, the casting director for Marvel Studios. It was on this featurette Finn revealed she was first alerted to Pratt’s skills when he auditioned for Steve Rogers — the strolling legend himself, Captain America. As you possibly can inform by the finish outcome, Pratt did not find yourself being solid as Cap, however at the least it received him on Finn’s radar for when Guardians of the Galaxy got here round.

Pratt’s Guardians audition wasn’t a stroll in the park both as filmmaker James Gunn did not even need to see the actor audition at first, earlier than being satisfied in any other case by Finn. “James Gunn has been very beneficiant about this in saying that I, to the level of annoying him, stored insisting that Chris Pratt was the guy for the half, however Chris did not need to play the half and refused to audition,” Finn stated on the purple carpet for Avengers: Endgame.

She added, “I finally got him to audition and James Gunn said he didn’t want to see him and that really was a challenge. I was really happy when I finally got them together and it was honestly one of those eureka moments that we talk about in casting when it absolutely feels right and you know it’s right. James turned to me within ten seconds and said ‘He’s the guy.'”

Pratt might be seen in Avengers: Endgame, now streaming on Disney+ and you’ll see Finn’s featurette beneath the “Extras” tab on the Endgame web page.