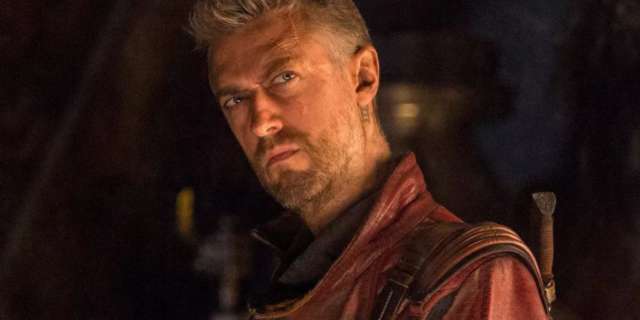 Sean Gunn, the actor best known for playing Kraglin and doing the motion capture for Rocket Raccoon in the Marvel Cinematic Universe, will be attending Bubba Fest next weekend. The convention takes place in Knoxville, Tennessee and is dubbed “America’s Original Souther-Fried Comic Con.” Gunn will be appearing alongside his fellow Ravager, Chris Sullivan, who played Taserface in Guardians of the Galaxy Vol. 2. Earlier today, Gunn took to Instagram to tease their upcoming appearance:

“Looking forward to a Ravager Hoedown next weekend at #BubbaFest in Knoxville! Come meet me and Taserface if you’re in the neighborhood. #southernfriedcomiccon,” Gunn wrote.

In addition to Sullivan, the photo also includes Steve Agee, who commented on the post:

“You going to DragonCon? I’ll be there Labor Day weekend,” he added. (Gunn has yet to reply, but so far, he’s not on the line-up.)

“When is Taserface getting his own spinoff movie,” @avocadosarefake wrote.

“We need a ravagers TV show for Disney+,” @chlllblll suggested.

Earlier this summer, Gunn married his long-time girlfriend, Natasha Halevi, and the event was officiated by Gunn’s brother, James Gunn, who is best known for directing the Guardians of the Galaxy films. The brothers are expected to reunite for Guardians of the Galaxy Vol. 3, but it’ll be a while as the film is not set to be a part of Marvel’s upcoming Phase Four.