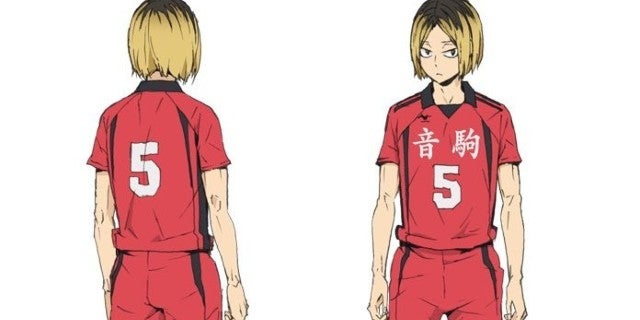 A fourth season of Haikyuu has been one of the most requested anime in quite some time, and soon fans will be getting their wish as the fourth season of the anime has been confirmed for a release sometime in January 2020. Not only that, fans in Japan will also have access to a new OVA special highlighting the Tokyo Qualifying matches, so it’s been a good time to be a fan of the series.

Going along with the announcement of the fourth season’s release, the series has revealed a new batch of character designs which include Nekoma High School’s Kenma Kozume and Tetsuro Kuroo, and Fukurodani Academy’s Kotaro Bokuto and Keiji Akaashi. You can find them below!

There’s also the previously revealed new addition to the character roster for Season 4, Suguru Daisho, who will be voiced by Kazuyuki Okitsu (JoJo’s Bizarre Adventure‘s Jonathan Joestar). Interestingly enough, Okitsu will also be joining the fourth season of another huge Shonen Jump hit, My Hero Academia, as the pro hero FatGum.

Haikyu!! Season 4 || Character Design and CV for the captain of Nohebi Academy

Daishou Suguru: He will be voiced by Kazuyuki Okitsu, some of his notable works include:

Haikyuu was originally created by Haruichi Furudate for Shueisha’s Weekly Shonen Jump in 2012, and its manga has sold 28 million copies to date. It has been licensed for an English language release by Viz Media, and has three seasons of an anime adaptation from Production I.G. under its belt with a fourth on the way next January. The composer behind the series has confirmed that production on the new season is already underway.

If you’re interested in seeing what all the Haikyuu fuss is all about, the first three seasons of the series can currently be found streaming on Crunchyroll and is described as such, “Based off of the original Weekly Shonen Jump manga series from Haruichi Furudate, Haikyuu is a slice-of-life sports anime revolving around Shoyo Hinata’s love of volleyball. Inspired by a small-statured pro volleyball player, Hinata creates a volleyball team in his last year of middle school. Unfortunately the team is matched up against the “King of the Court” Tobio Kageyama’s team in their first tournament and inevitably lose. After the crushing defeat, Hinata vows to surpass Kageyama After entering high school, Hinata joins the volleyball team only to find that Tobio has also joined.”