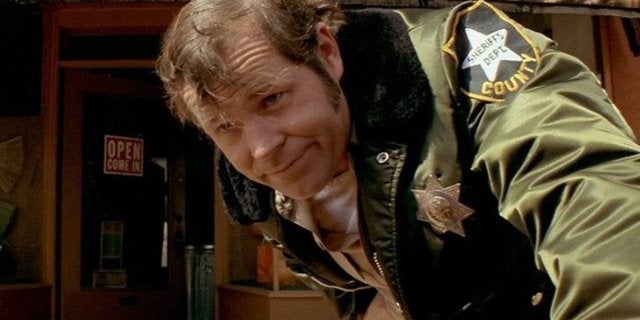 Since the debut of the first Halloween in 1978, the series has seen a number of actors return to reprise their roles various times throughout the 11 installments. Danielle Harris starred in four sequels, while Donald Pleasence starred in five entries. Jamie Lee Curtis is set to become the most-frequent performer, as she is confirmed to star in Halloween Kills and Halloween Ends, which will mark her sixth and seventh entries into the franchise. Tom Atkins, who starred in the Michael Myers-less Halloween III: Season of the Witch, may have revealed that Charles Cyphers, who starred in the original two films, could be making a return to the series.

“I haven’t seen Jamie [recently],” Atkins recalled to ComicBook.com. “A lot of people think, ‘Oh my God, all you Hollywood people live on the same block, and you see each other all the time.’ And we don’t. But she and I, we did see each other about four or five years ago in Indianapolis, where she did a convention as a fundraiser for the [Los Angeles Children’s Hospital]. And it was great seeing her again. And it was really easy and nice being around her.”

Cyphers starred as Leigh Brackett in the films, the sheriff of Haddonfield, Illinois and father of Annie Brackett, one of Michael Myers’ victims in the first film. In addition to the character appearing in the original two films, he also appeared Rob Zombie’s Halloween reboot timeline, reimagined as “Lee Brackett” and portrayed by Brad Dourif.

Last year’s Halloween ignored the events of all films in the franchise other than the original entry, allowing Brackett’s return to seem feasible. It’s unclear if Cyphers would be reprising his role or if he would potentially appear in a cameo as a nod to his history with the series. P.J. Soles, who played Lynda in the original film, had a voice-only cameo in last year’s sequel.

As far as Atkins himself, he’d gladly return to the franchise.

Do you hope Cyphers returns to the series? Let us know in the comments below or hit up @TheWolfman on Twitter to talk all things horror and Star Wars!