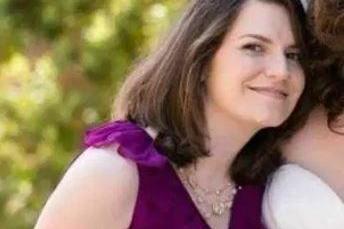 Harry Dunn’s alleged killer Anne Sacoolas is willing to discuss the possibility of a virtual trial in the UK, it is understood.

Sources close to the 43-year-old said that she has always been open to the matter but has not yet been approached about it.

This is despite the considerations of a virtual trial from the Attorney General’s office.

It is believed that Sacoolas wishes to speak with UK authorities to find a path forward.

Sacoolas claimed immunity following a road crash outside RAF Croughton in Northamptonshire which resulted in the 19-year-old’s death in August last year.

The 43-year-old was able to return to her home country on September 15 but was subsequently charged with causing Mr Dunn’s death by dangerous driving in December.

An extradition request submitted by the Home Office was rejected by the US State Department in January – a decision it later described as “final”.

It comes after the Director of Public Prosecutions (DPP) concluded that Sacoolas did not have diplomatic immunity.

Max Hill QC’s conclusion contrasts with that of the Foreign Secretary, Dominic Raab, who told Parliament on October 21 that Anne Sacoolas did have immunity.

The family’s spokesman Radd Seiger also said the DPP’s legal team had also concluded the Foreign, Commonwealth & Development Office (FCDO) should not have allowed the suspect to leave the country in September last year.

Their spokesman also told reporters that the family were informed of the US Government’s position that they would only agree to a “virtual trial” if it was under US law – something Mr Seiger described as a “show trial”.

He said Mr Dunn’s parents would only accept a virtual trial if the suspect was tried under UK law.

The meeting came after the announcement that the family filed a civil claim for damages against Sacoolas in a court in Virginia.

Mr Seiger said the Foreign Secretary had applied to support the parents’ complaint by “applying to join the complaint as an Amicus Curiae” – also known as an “intervener”.

He said: “This extraordinary move has been welcomed by Harry’s parents and the Foreign Secretary will now be available to the parents and the court in order to provide assistance to them in securing the right outcome in the complaint.”

Asked for comment on the civil claim, a FCDO spokesman said: “The Foreign Secretary continues to support the family and do everything he can to seek justice for Harry.”

The family’s spokesman said Mr Dunn’s alleged killer had “inexplicably” made no attempt to “resolve the dispute without having to go to court”.

Mr Seiger said: “Harry’s parents are entitled to bring a claim for civil damages for Harry’s wrongful death in the US courts in Virginia.

“They have sought to avoid a formal dispute with Mrs Sacoolas so as not to put the parents through any additional unnecessary stress.

“Inexplicably, there has been a total failure on Mrs Sacoolas’s part to enter into the spirit of attempting to resolve the dispute without having to go to court.


“The parents have therefore, yet again, been forced to take yet another battle on since Harry’s death and have today filed a formal complaint against Mrs Sacoolas in the Virginia court.”

Speaking after the meeting with Mr Hill, Mr Seiger said: “The DPP made it clear to the parents that his legal team had concluded that Anne Sacoolas did not have diplomatic immunity and that is precisely why they charged her in December with causing death by dangerous driving.

“Had they concluded like the FCDO’s lawyers have concluded that she did, they would not have charged her and called us to a meeting and told us that.

“They also confirmed to the parents that they agree with us that Anne Sacoolas should not have been allowed to leave and that they too, like Northamptonshire Police, were kept in the dark in September.

“Had they had the opportunity to look at the matter and consider the legal arrangements at Croughton they would have concluded then that she did not have diplomatic immunity and that she should not be allowed to leave.”

Also commenting after the meeting, Greg McGill, CPS director of legal services, said: “Today we have met with the family of Harry Dunn to update them on the various steps the CPS has taken over the last 10 months to secure justice in this tragic case.

“The challenges and complexity of this case are well known, but the CPS and other partners have been working tirelessly to do all they can so that Anne Sacoolas faces the charge we have brought – causing death by dangerous driving.

“We know this is a very difficult process for the family which is why we wanted to assure them personally that we continue to seek justice for them and for the public.”

“The refusal to extradite Anne Sacoolas amounts to a denial of justice, and she should return to the UK.”