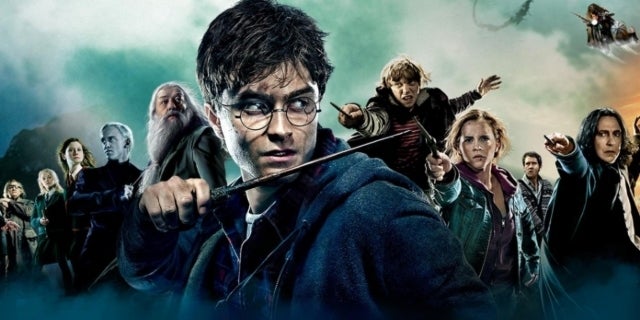 “I feel that it could have really served rather well as a TV collection. In the present period of proper now, possibly not when it got here out, however on this planet of Game of Thrones and what HBO was doing, BBC America, all these sort of issues — I feel it really would have translated rather well,” Lewis mentioned at FanX Salt Lake Comic Convention. “As we’ll most likely see with the Lord of the Rings stuff on Amazon. There’s a lot wealth within the story, within the universe, it could have been good to see a lot extra of the Wizarding World itself.”

The former Neville Longbottom actor mentioned a longform tv collection would additionally imply exploring different international locations and extra facets of the magical world not included within the movies.

“It’s at all times alluded to in Fantastic Beasts over right here in North America, however there’s a lot stuff in Eastern Europe that we talked of, vampires, and all of the Dark Arts issues we by no means actually [saw]. We obtained a glimpse of it, within the ultimate battle [in Harry Potter and the Deathly Hallows: Part 2], like all of the completely different creatures, however we by no means actually obtained to see a big quantity,” Lewis mentioned. “And I thought a TV series might have afforded a little more time for a bit more of the depth that was in the richness that was in the stories. And obviously, so many scenes that we had to lose, whether we didn’t get time to shoot them, or we had to cut them out.”

One such scene was a tender encounter dropped from Harry Potter and the Order of the Phoenix. There Neville visits his completely hospitalized mother and father, each pushed insane from a curse fired by Death Eater Bellatrix Lestrange (Helena Bonham Carter).

“One of my favorite scenes in the books — which we sadly never got to shoot — was Neville’s parents in St. Mungo’s Hospital. It was one that we really, really wanted to do, [director] David [Yates] and I really wanted to do it. It meant so much to us both,” Lewis mentioned, explaining the four-time Harry Potter director had “a very soft spot for Neville.”

“He spent a lot of time with me and worked my character a great deal. I think he really related to Neville a lot and wanted to champion him throughout his films, more so than had been done before,” Lewis continued. “And so David used to come to me, repeatedly, over the months, saying, ‘We’re gonna do it, we’ve written the scene, we’ve got it, we’re gonna do it, it’s gonna be amazing.’ Then he’d say, ‘We’re really trying, we’re getting there.’ Then he’d say, ‘I’m not sure we’re gonna have time, we’re really pushing it.’ And then it was, ‘We’re just not gonna get there.’ I could see how gutted he was, that he was devastated not to get it in, but it just got away from us.”

Scrapping that scene meant “having to kind of shoehorn that entire backstory into a 30-second bit in the Room of Requirement.”

“So I think with a TV series, we would have had more time to explore that stuff and we would have given a whole lot more inspiration to why characters became what they did, their reasonings behind that, and their motivations,” Lewis mentioned. “I think we would have seen it a lot more. Not just for Neville, for all the characters.”

Yates subsequent directs his second Fantastic Beasts and Where to Find Them sequel, the third entry in what’s deliberate as a five-movie collection. Warner Bros. has dated that image November 12, 2021.