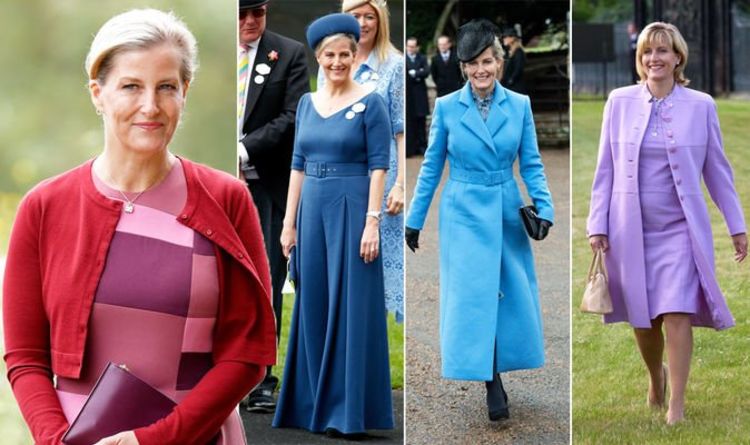 Sophie Countess of Wessex married into the Royal Family at her wedding to Prince Edward on 19 June 1999. They have two children together, Lady Louis Windsor, 15, and James, Viscount Severn, 11. Sophie is a full-time working members of the Royal Family and often performs her royal duties on behalf of the Queen, 93. Over the years her fashion has changed which could reveal a key detail about her royal role, an expert revealed.

Analysing pictures of Sophie’s style over the years, stylist and fashion expert Melita Latham revealed the key way in which her fashion has changed.

She told Express.co.uk: “Whilst classically dressed, more recently Sophie has chosen the path of dressing as the establishment.

“Her dresses or rather ‘gowns’ are probably more suited to the monarch rather than the catwalk.”

While her look has become more formal, Sophie has stuck with her key style, Melita explained.

“Sophie’s style whist on royal duty hasn’t changed much over the years, today, you can still be transported back in style time with Sophie,” she said.

“Whether it be with the shoes from the seventies or out of the blue jumpsuit from the nineties.”

However, when making her fashion choices, the expert explained Sophie could afford to be more daring with her looks.

Melina told Express.co.uk: “Although Sophie doesn’t shy away from the colourful she does quite often play it safe with the same style and length. It would be amazing to see Sophie proudly show us more of her form.”

When Sophie married Prince Edward, their wedding made a statement as the wedding broke royal tradition.

The couple wed at St George’s Chapel in Windsor but they refused for their wedding be a state occasion.

Because of that, there was no ceremonial state involvement and no politicians were invited to the wedding.

At her wedding, Sophie wore the Queen Victoria’s Regal Circlet tiara and has worn other tiaras from the royal collection since.

The royal has stepped out in at least £1.5 million worth of royal tiaras, but where are they now?

Although most of the head pieces will be stored in the royal collection, is is believed she got her wedding tiara as a gift and still has it now.