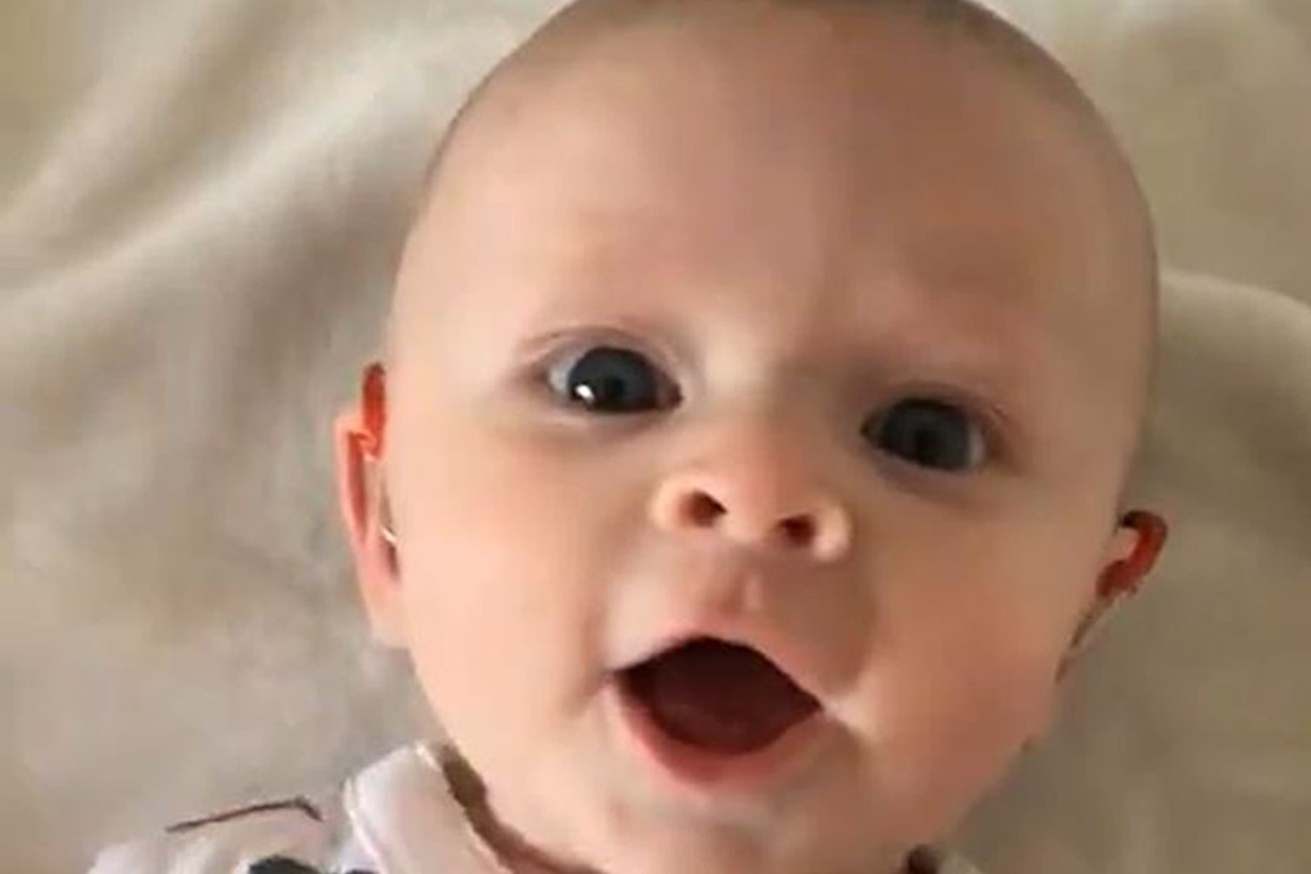 A father has delighted social media by sharing the moment he turns his severely deaf daughter’s new hearing aids on.

Paul Addison, 32, from Harrogate, tweeted a video of four-month-old Georgina reacting to the moment with the caption: “When our daughter’s new hearing aids are turned on in the morning.”

Baby Georgina was recognized as severely deaf in September and wears a hearing help in every ear to amplify sound.

After she had been carrying the aids for just a few weeks, her father determined to share the “lightbulb moment” with the world.

“It’s absolutely phenomenal,” Mr Addison stated. “You use these hearing aids and it’s just like the lights have been switched on.”

He added: “As a consequence, she is straight away extra alert, pleased, and may hear her mum’s voice, which is totally pleasant.”

Mr Addison described his daughter’s response to having her hearing aids switched on as “chirpy and cheery” and stated the moment is especially emotional for him as he can not hear with his left ear.


Actor Chris O’Dowd was among the many folks to reply to Mr Addison’s video, doing so with a coronary heart emoji, whereas the National Deaf Children’s Society tweeted “What an amazing expression?!”

“There’s a lot to be said about using tools like Twitter for spreading good news and a bit of happiness,” stated Mr Addison. “It’s quite heartwarming.”