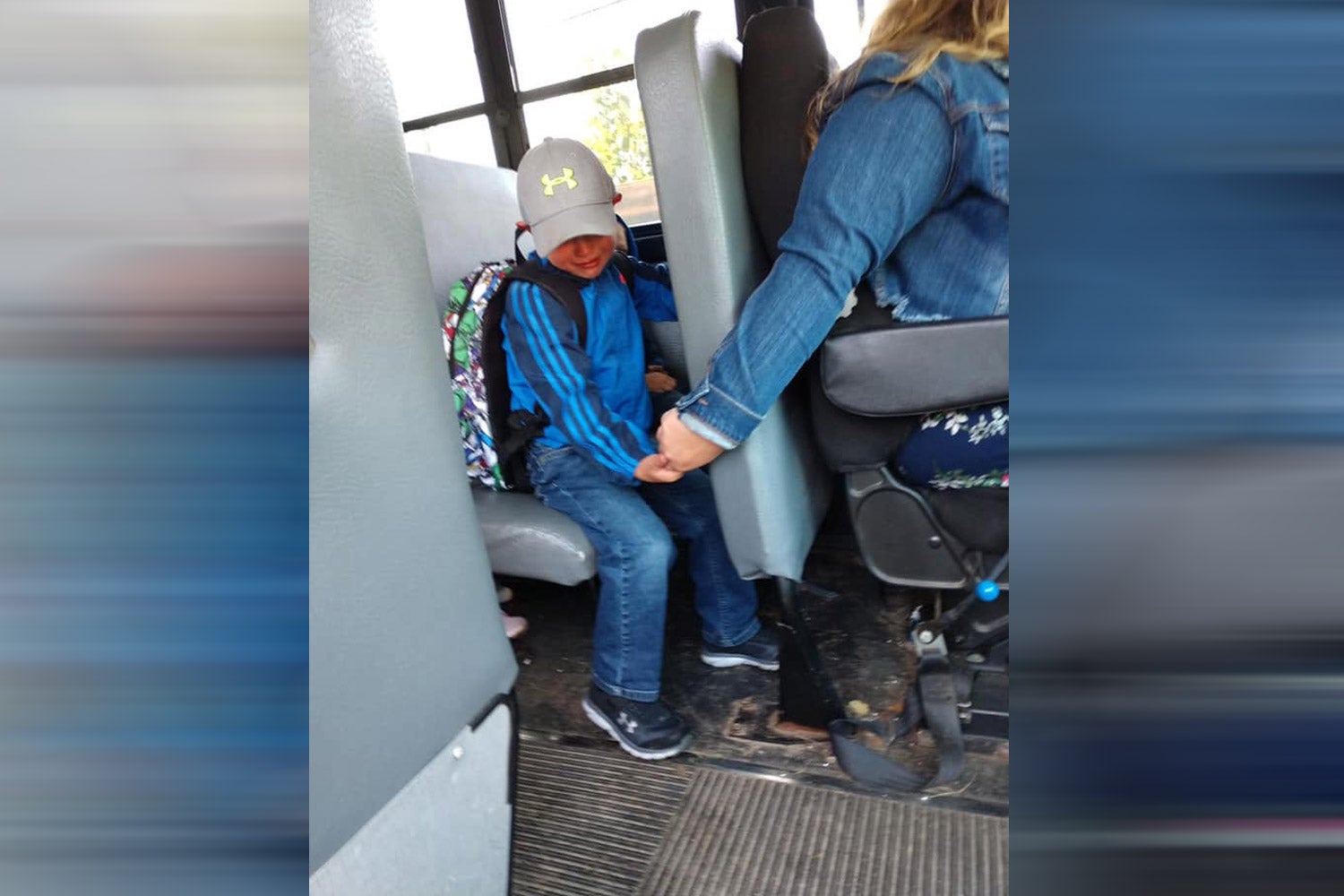 A hero bus driver gave a terrified schoolboy a serving to hand of encouragement forward of his first day at school.

The boy, Axel, was in floods of tears when his mom, Amy Johnson, put him on the school bus.

But driver Isabel Lane realised she might be able to calm him down by holding his hand.

Axel, from Augusta, Wisconsin, was beginning at a pre-kindergarten school for youngsters aged 4 and underneath.

Ms Johnson instructed CNN: “He was tremendous excited to go, however when the bus got here round nook he was actually quiet.

“The bus opened the door and I checked out him and he began crying.”

Amy helped the little boy on board, however as she left Axel grabbed for his mom.

Bus driver Ms Lane heard the boy’s misery and reached round to consolation him.


She mentioned: “I instructed him: ‘Buddy, you bought this and can have a lot enjoyable.’ I caught my hand behind the seat as possibly one thing else to seize onto and he grabbed my hand.

“I may see that he wanted to be comforted and that was one of the best I may do on the time.”

The little boy calmed down by the top of the journey because of the actions of the driver, in keeping with his mom, who hopes he generally is a position mannequin for his two-year-old brother.