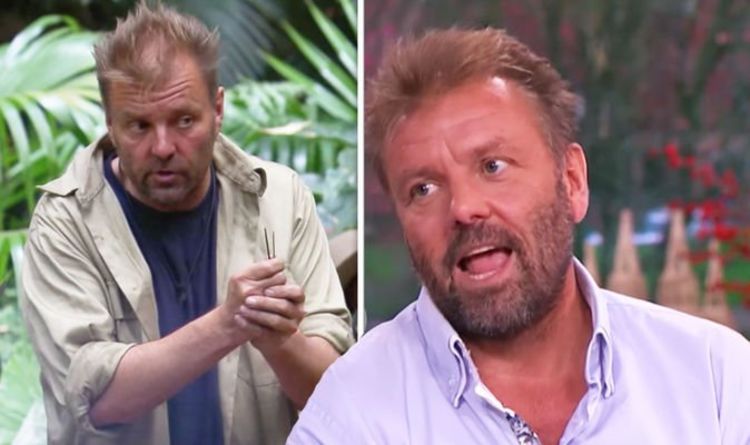 Homes Under The Hammer veteran Martin Roberts, 56, shared a video of Mark Wahlberg, 48, revealing he watches the Channel 4 property show.

Within the video, Mark was being interviewed by a Magic Radio presenter.

The actor told the reporter he had watched Homes Under The Hammer “on a couple of occasions”.

He said: “There is a show I’ve been watching a little bit where people buy these apartments or homes or fixer-uppers and they usually buy them at auction.

“There’s a man host and a woman host and people come in to buy the house or flat or something, for let’s say £80,000.

“And then they figure out how much to put into it to refurbish the home and then maybe they’ll sell it or move in or rent it out, so I’ve seen that a couple of times.”

The reporter then asked if he was referring to Homes Under The Hammer, to which he replied: “Yes, I’ve seen that on a couple of occasions.”

Martin told his 22,000 Twitter followers he originally shared the news in the jungle back in 2016.

He captioned the post: “On @imacelebrity a few years back, I told people that @markwahlberg watched Homes Under The Hammer!

“Some of you doubted me… but here is the proof!”

Many of his fans flocked to his post to comment, with one user writing: “Yay he has good taste!!”

A second commented: “Another legendary fan of the man, the legend.”

A third penned: “Maybe the show in this format will make it over the pond. If they don’t already have it!

“I can see it now, ‘Cribs Under The Hammer’ you heard it here first!!”

Martin has been fronting the much-loved property show since it first began in 2003.

He previously presented the show alongside Lucy Alexander, 48, until her departure after 13 years in 2016.

He now fronts the show with Dion Dublin, 50, and Martel Maxwell, 42.

In a recent interview with Express.co.uk, Martin Roberts addressed his hopes of presenting his own show.

He said: “I’d love to [star in my own show]. I’m always thinking of ideas.

“People probably think I’m employed by the BBC but I’m not, I could do all sorts of things.”

But Martin went on to say he doesn’t think any of his ideas could beat Homes Under The Hammer.

He added: “I couldn’t do anything as good as Homes Under The Hammer, the bar has been set pretty high.”

Homes Under The Hammer airs weekdays from 10am on BBC One.