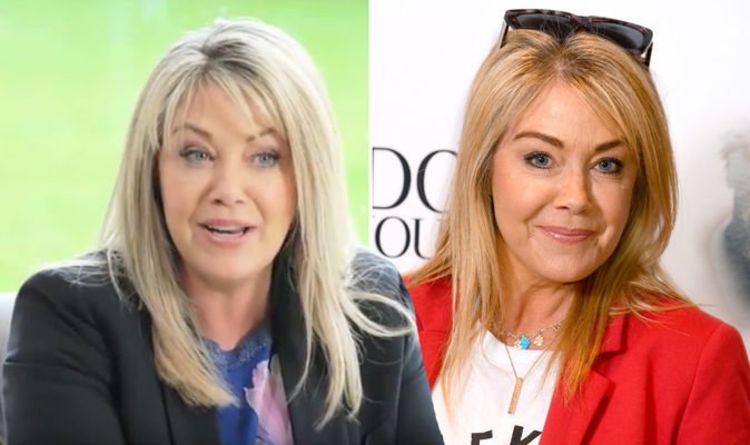 Lucy Alexander, 48, who previously presented Homes Under The Hammer, shared the cryptic post in view of her 26,000 Twitter followers last week.

She wrote: “Just received some happy news in that really makes you put everything into perspective.

“Sometimes you just got to stop and hope that everything will be alright! Have a great weekend everyone.”

Many of the property expert’s fans flocked to her page to comment, with many urging Lucy to reveal her news.

One user wrote: “What’s the happy news, so we can be happy with you.”

“Well do tell, spread the good news,” a second added.

A third wrote: “Good for you Lucy u too have a lovely weekend.”(sic)

Express.co.uk has contacted a representative for Lucy for comment.

Elsewhere last week, Lucy Alexander said she was left “livid” after a disastrous trip with her daughter Kitty, 16.

In a thread of posts, Lucy told fans she had been travelling with Kitty, a wheelchair user, in London.

But, the property expert said they experienced a disaster as a train station had broken lifts.

Sharing her thoughts on the micro-blogging site, she wrote: “LIVID – Travelling with a wheelchair user shows what a s**t time they really have.

“Car park has non blue badge holders parking in the only 3 spaces, then lifts are broken AGAIN 2nd time this week no mention on website.

In a further rant, she added said train stations need to “get their s**t together”.

She added herself and Kitty were on their way to the BBC to discuss problems faced by those in wheelchairs.

“They offered a taxi to Wimbledon then get back on the train there… massive hassle for a wheelchair user,” she added.

“All this after having already parked, paid etc. These stations need to get there s**t together soon.

“Funnily I’m on my way with my daughter to the BBC to discuss these probs.”(sic)

Lucy went on to praise two members of the public who helped lift Kitty’s wheelchair up two flights of stairs.

The presenter’s daughter was diagnosed with Transverse Myelitis, a rare neurological disease at the age of seven, which left her paralysed.

Homes Under The Hammer continues today at 10am on BBC One.