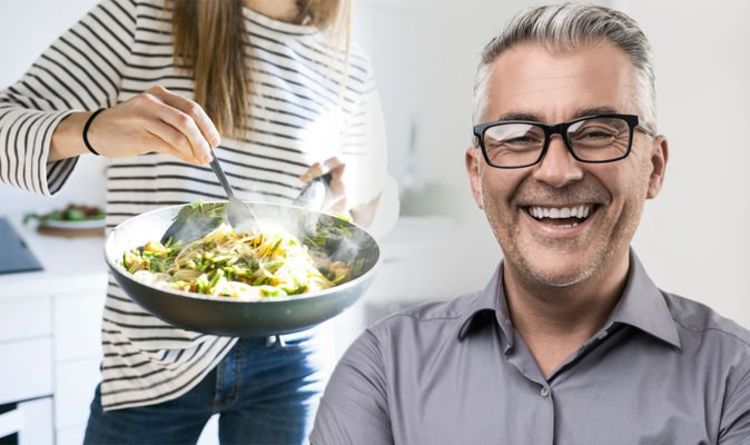 Long life has largely been attributed to healthy eating over the years – this, alongside regular exercise, limited alcohol intake and not smoking has been found to be the perfect formula for increased life expectancy. But when it comes to what diet to follow and what foods in particular to eat, what do experts recommend? Studies have demonstrated consuming a wide variety of plant foods, including fruits, vegetables, nuts, seeds, whole grains and beans, can add years onto a person’s life.

A plant-rich diet has been shown to lower the risk of premature death, cancer, metabolic syndrome, heart disease, depression and brain deterioration.

Plant foods have been found to have this effect because of their nutrients and antioxidants, which include polyphenols, carotenoids, folate and vitamin C.

Several studies have linked vegetarian and vegan diets to a 12 to 15 per cent lower risk of premature death.

These studies have also reported a 29 to 52 per cent lower risk of dying from cancer, heart, kidney or hormone-related diseases.

While a plant-based diet has been hailed for extending life expectancy, a diet high in saturated fat should be avoided.

Eating lots of saturated fat can raise cholesterol and increase the risk of heart disease.

Saturated fat can be found in foods such as butter, cakes, biscuits, sausages, bacon, cheese, pastries, chocolate and ice-cream.

UK health guidelines recommend the average man aged 19 to 64 years should eat no more than 30g of saturated fat a day.

The average woman aged 19 to 64 years should eat no more than 20g of saturated fat a day.

There are a number of thing you can do to cut down on your saturated fat intake, according to the NHS.

For meals such as spaghetti bolognese, the health body advises: “Use a lower-fat mince, as it’s lower in saturated fat.

“If you aren’t using lower-fat mince, brown the mince first, then drain off the fat before adding other ingredients. Alternatively, mix meat mince with a meat-free mince alternative.”

For pizza it says: “Choose a lower-fat topping, such as vegetables, chicken, tuna and other seafood instead of extra cheese or cured meats like pepperoni, salami and bacon.”

When it comes to cheese it recommends: “When using cheese to flavour a dish or sauce, try a strong-tasting cheese, such as reduced-fat mature cheddar, as you’ll need less. Make cheese go further by grating instead of slicing it.”

When it comes to an essential of many meals and cooking, oil, certain ones are recommended more than others to increase life expectancy.