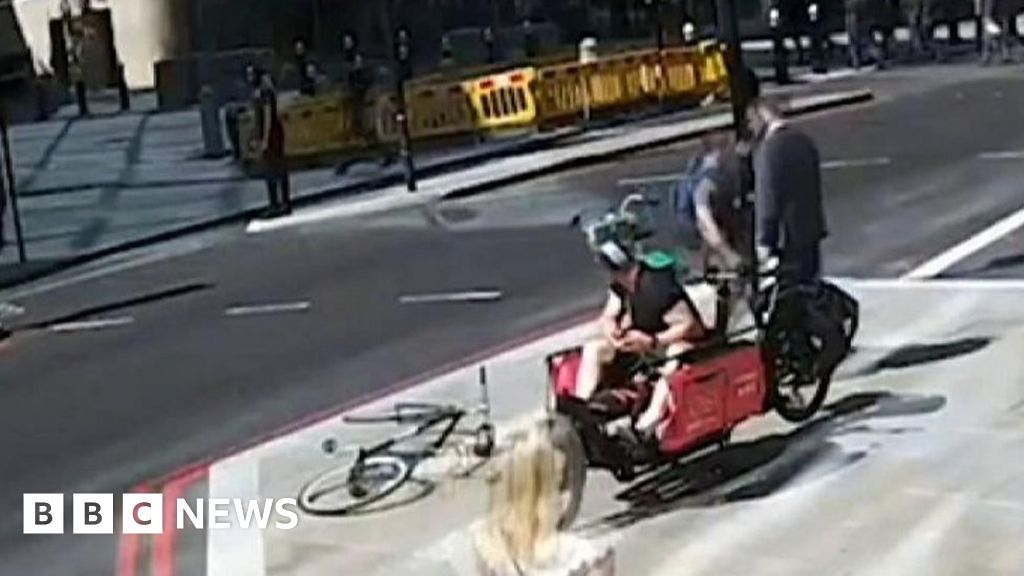 Police are looking a cyclist who headbutted a employee to the ground after a near-miss on a pedestrian crossing.

The cyclist ran a pink gentle in Farringdon Street within the City of London at round 13:45 GMT on 22 August, narrowly avoiding hitting the pedestrian who was crossing the street.

He then received off his bike, got here again in direction of the businessman and headbutted him within the face.

The 57-year-old man wanted stitches to a wound above his eye, and suffered ligament harm to his arm, police stated.

“If anybody has any details about the person who carried out this assault, please contact us. He is described as a white man in his 40s, round 5ft 10ins, of medium construct, with quick greying hair.”