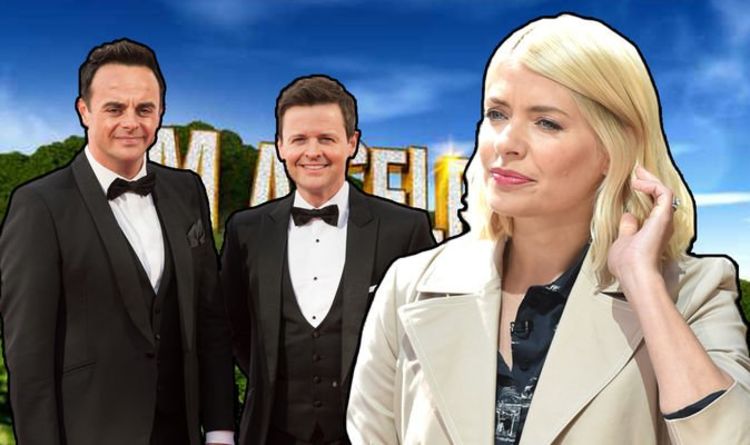 I’m A Celebrity… Get Me Out Of Here! will welcome two new faces on to its presenting teams in the coming weeks.

But following the departure of Scarlett and Joe, the hunt has been on for some replacements.

According to reports, the all-important names have been announced as Emily Atack and Adam Thomas.

While it hasn’t yet been confirmed, The Sun reports the former stars of I’m A Celebrity will be on the other side of the production for all the hottest gossip.

A source told the publication: “Adam showed how brilliant he was on camera during his time on the show and has plenty of TV experience from his years as an actor.

“He also knows the jungle inside out – and is sure to have great banter with Joel and Emily.

“Adam couldn’t believe his luck as he found out and can’t wait to start.”

Express.co.uk contacted a representative of I’m A Celebrity, who said: “We’ll be announcing our I’m A Celebrity… Extra Camp hosts for the new series nearer transmission.”

Meanwhile, all eyes are on whether Holly Willoughby will make her return to the show.

READ MORE: I’m A Celebrity 2019: ‘Thanks for the memories’ Two jungle hosts quit ahead of new series

The This Morning presenter filled in for Ant McPartlin while he took some time away from work commitments.

However, Declan Donnelly and Holly were so popular as a pair, she’s now been tipped for a role in I’m A Celebrity.

According to bookmakers, Betway, Holly is priced at 1/2 for a return to the ITV show.

They think she will take up a presenting role alongside Ant and Dec.

However, she also has a price of 5/1 to present with just Dec again.

A spokesperson said: “The I’m A Celebrity Get Me Out Of Here! directors have a bit of a head-scratcher on their hands this year.

“While getting an exciting line-up of contestants is one thing, they’re going to have to make a call on who hosts the show and it seems Holly Willoughby is fancied to make a return.

“We can’t see Ant being ousted after just one series away, though, and it’s odds-on at 1/2 for the Geordie duo to incorporate Willoughby into their presenting for this year’s show.”

However, with Holly’s busy schedule on This Morning, it seems unlikely she will be making her way to Australia.

I’m A Celebrity… Get Me Out of Here! will return to ITV later in the year.