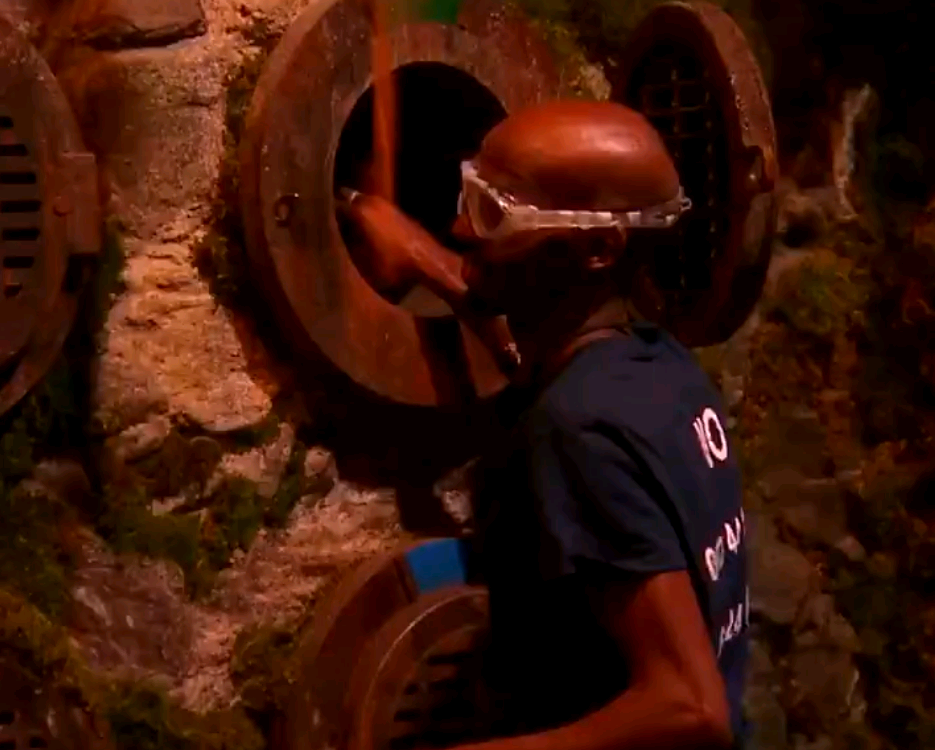 ir Mo Farah faced snakes, locusts, fish guts and maggots in the latest trial in I’m A Celebrity… Get Me Out Of Here!

The athlete took on the Fort Locks challenge in last night’s episode of the ITV programme.

He said he was “disappointed” with his efforts after he got nine stars from a possible 12 during the trial.

Sir Mo was tasked with retrieving the stars from holes built into the walls of the castle.

However the stars were buried within a range of unpleasant surprises including insects and fish entrails.

After the trial, Sir Mo said he was “scared and terrified” during the challenge.

“That was not easy. Going home with nine stars, I am disappointed,” he said.

“I’ll just have to explain to the teammates.”

Speaking this morning, Sir Mo’s wife Tanya said she cried with laughter watching her husband.She told The Daily Drop: “I was crying laughing.

“I thought it was brilliant. I didn’t think he’d react as scared as he did – He didn’t know what was in there so probably thought it was snakes in every box.”

Sir Mo, who won four gold medals on the track, had said he was “disappointed” with his efforts, after getting nine out of a possible 12 stars.

Tania said: “He’s always looking for the maximum, he always wants to perfect any challenge he does – so for him anything less than 12 would have been a failure, But that’s just the way he thinks.

“Even with board games with the kids, he doesn’t want to lose at anything.”

Speaking to EastEnders star Shane Richie, she labelled him a “lovely bloke”, adding that she “genuinely fell in love with him”.

She said they met while she was working on Andrew Lloyd Webber’s A Star Is Born.

Henshall added: “He invited me to Windsor for the weekend, as we’re walking I’m seeing a table outside and there’s people sitting round it and I’m thinking, ‘That looks like the Queen’.

“I remembered my dad had said to me that if you ever meet the Queen, he said you curtsy and call her ma’am.

“I grab her hand… forget all about the curtsy and I’m like, ‘Really, really pleased to meet you’.”

She added that she met Diana, Princess of Wales on a few occasions and the Prince of Wales gave her the first martini she had ever had.

Henshall said she was later asked to sing something from one of her shows by Princess Margaret and she performed I Dreamed A Dream and “must have changed key three times because I was so p***** on martinis”.

The episode also saw classical singer Russell Watson discuss some of his previous achievements, which included performing at the Vatican.

“They said it was a private audience with the Pope but later on I found out there was about 500 million people watching,” he said.

“I was in the MIR scanner and I could see this long strip of light, like when you’re a kid and you used to keep your bedroom door open,” he said.

“It was a light strip and I was thinking if I go to that door I’m out of here and the pain stops and I’m away and all I could think about was my children and slowly, slowly whilst thinking about my children, the clatter of the MRI came back and I thought, ‘I’m going to beat this’.”

I’m A Celebrity… Get Me Out Of Here! continues on ITV.