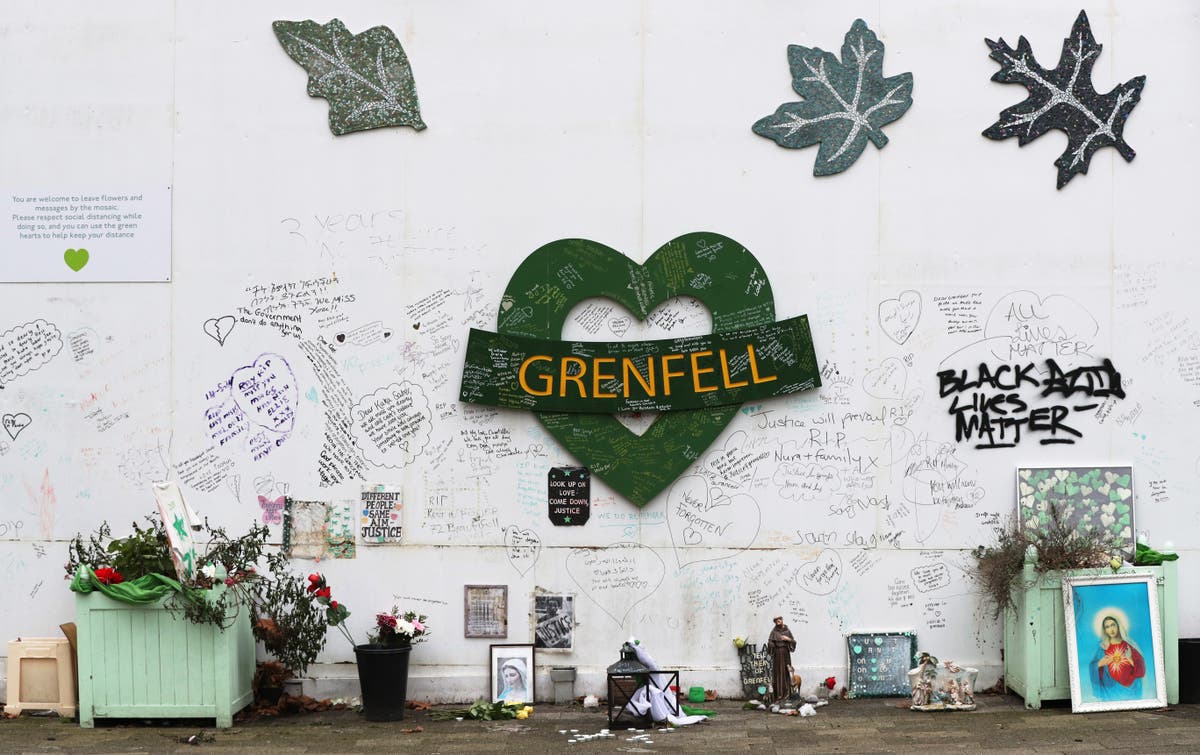 blogger who raised safety concerns about Grenfell Tower was viewed by its landlords as a “negative force”, with one director asking a colleague to look into whether his critical writings were “libellous”, an inquiry has heard.

Resident Edward Daffarn, who lived on the 16th floor, was a long-term campaigner about issues at the tower, and famously predicted a fire in a blog post seven months before the June 2017 blaze that claimed 72 lives.

On Tuesday, a public inquiry into the fire was presented with details of emails and meeting minutes relating to how The Kensington and Chelsea Tenant Management Organisation (TMO) handled consulting residents during the tower’s refurbishment which was completed in 2016.

An April 2015 internal email from Peter Maddison, the TMO’s former director of assets and regeneration, said Mr Daffarn was “continuing to agitate” and claimed he was “clearly distributing misleading information”.

He asked one colleague “could you advise on the point at which his comments becomes libellous?” and attached extracts of Mr Daffarn’s recent blog posts.

The inquiry has previously heard how Mr Daffarn believed TMO staff had labelled him a “troublemaker”.

Giving evidence, Mr Maddison claimed the blog was causing “confusion” among residents and rejected its claims that the TMO was “using threatening and intimidatory tactics to scare residents” into allowing contractors access to their homes for works.

The blog claimed residents had been told that if they did not cooperate they would have no heating and lose tenancies.

“None of these things were true,” Mr Maddison said, adding that he would have had conversations with the project team and Rydon, the build contractor, about the allegations.

Mr Daffarn’s blog also claimed that the council and the TMO had “worked to prevent tenants and leaseholders from forming any form of collective resident representation”.

Mr Maddison told the inquiry that surveys of residents in December 2013 and January 2014 had found no “appetite” for large open public meetings which had previously been “poorly attended”, with instead the preference being for smaller drop-in sessions.

In a December 2013 council email exchange, ward councillor Judith Blakeman said Mr Daffarn “has been so disruptive during the Grenfell Tower consultations that Peter Maddison has suggested and I have agreed that we do no hold any more open meetings”.

In January 2014, Mr Daffarn was told by the TMO it was “unable to recognise” a “Grenfell Tower Residents Group” as a Lancaster West Estate area residents association already existed.

But in a subsequent email in September of that year, Mr Daffarn was informed the TMO “has no objection” to the formation of a “Grenfell Tower Improvement Works Resident Group” to be consulted on relating to building works on the block.

Questioning Mr Maddison, lead counsel to the inquiry Richard Millett QC, suggested the existing residents’ association was “not actually functioning” ahead of plans for it to hold an AGM.

Mr Millett asked Mr Maddison: “Do you agree that the reason, or one of the reasons, that you suggested that you stop holding open meetings was because of Mr Daffarn’s disruptive conduct?”

Mr Maddison replied: “One of the reasons… there was disruptive behaviour at some of those meetings, yes.

“But there were other factors too.”

“Were you seeking to prevent Mr Daffarn from participating fully in the consultation process?” Mr Millett asked.

“There were 120 households in the block and it was important that we listened to all of them including Mr Daffarn,” Mr Maddison responded.

The inquiry heard that the TMO formally recognised the “Grenfell Compact” focus group, set up in response to issues raised by residents, in July 2015, but Mr Maddison said there had been previous contact before that point.

According to minutes from a December 2015 TMO meeting, Mr Maddison had said Grenfell Compact was not set up as a residents’ association and had noted that Ms Blakeman and Mr Daffarn were a “negative force” with residents “going to them with problems and not us”.

Concerns were also raised about the councillor’s “conflict of interests” over presenting a 60-signature petition on Grenfell’s management and compensation for residents.

Asked if this revealed an “us and them culture”, Mr Maddison said there were “complications” in Ms Blakeman’s position of being a TMO board member and on the council housing scrutiny committee.

He said he felt at times the councillor “created a divide” and that her fielding of residents’ complaints cause the “short-circuiting” of the TMO’s processes.