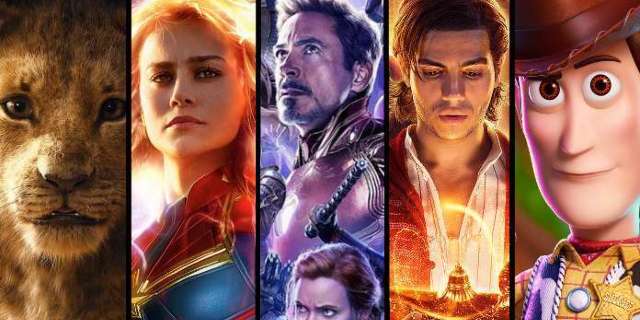 To some it may seem like Disney has owned Marvel forever, but it actually all started back in 2009 in a landmark deal. At the time Disney purchased Marvel, it had just kicked off its Marvel Cinematic Universe with Iron Man, which turned out to be a big-time money earner. Combined with its large roster of characters, Disney looked at the deal as a gold mine, and it looks like they were right. On this day in 2009, Disney bought Marvel for around $4 billion dollars, and as Jon Erlichman points out, Disney’s Marvel films have since made around $8.5 billion at the box office. So yeah, pretty profitable return on investment.

As @Dawood_615 pointed out in the comments, that is purely box office receipts, so it doesn’t even count all the merchandising money Disney’s made on the deal through toys, video games, collectibles, etc. Even for the properties at other studios, like Spider-Man, Disney still nets all that toy money, so it seems they made the right decision.

At the time of the deal, both Disney and Marvel were excited about the future.

In the 10 years since the deal, Disney’s Marvel films have generated $8.5 billion at the box office.pic.twitter.com/fjWcqX5sn4

“This is perfect from a strategic perspective,” Disney Chief Executive Robert Iger told CNNMoney.com. “This treasure trove of over 5,000 characters offers Disney the ability to do what we do best.”

#TodayInMarvelHistory in 1939, Timely Comics published “Marvel Comics” #1, paving the way for the entire Marvel Universe as we know it. #Marvel80 pic.twitter.com/A5XKoPyUcd

“Disney is the perfect home for Marvel’s fantastic library of characters given its proven ability to expand content creation and licensing businesses,” said Marvel Chief Executive Ike Perlmutter. “This is an unparalleled opportunity for Marvel to build upon its vibrant brand and character properties by accessing Disney’s tremendous global organization and infrastructure around the world.”

None of that would’ve been possible without Marvel’s long legacy in comics of course, and today is a notable beginning there too. On this day in 1939 Timely Comics (which would eventually become Atlas Comics and then finally Marvel Comics) published Marvel Comics #1, introducing characters the Human Torch and Namor to the comics world.

We’ve yet to see either of those two characters enter the MCU, but they’ll get here at some point, and it looks like Namor is up next.