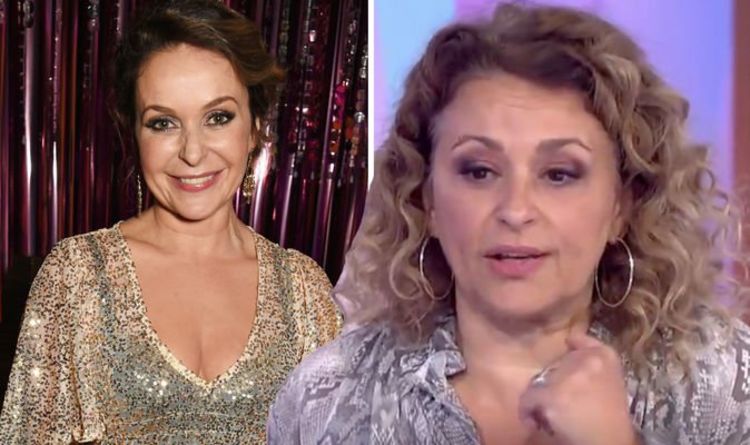 This week sees the Loose Women panellists opening up about their lives and today saw Nadia speak about her personal life and career.

The ITV presenter spoke about her rise to fame and her family where she reflected on her relationship with her sisters, Dina and Julia.

Julia has enjoyed a successful acting career, notable for her roles as Saffy Moon in Absolutely Fabulous as well as Dorcas Lane in Lark Rise to Candleford.

But Nadia explained how their relationship could be turbulent at times, and became visibly emotional when discussing her younger sibling.

“She’s totally amazing,” Nadia began to say before having to stop herself as she began to get choked up.

“Woah, sorry,” she declared. “That took me by surprise.”

“I always say I have the best times or the worst times of my life with her and it’s the same with both my sisters,” she explained.

Nadia went on to discuss the impact of her father, actor Nadim Sawalha, on her and her sisters.

READ MORE: ITV Loose Women: ‘It was a national referendum!’ Nicola Sturgeon slapped down over Brexit

“He wanted to come to this country, he came to the country with 50 quid in his pocket and he came here because he wanted to have six daughters who could be free.”

She explained: “His sister was married at 14. He said, ‘I want strong independent professional women that follow their dreams.’

“And what he got was three really independent daughters, three very difficult women.

“Because of that we have a very tense, on and off relationship.”

Nadia rose to fame in her role of Annie Palmer on BBC soap EastEnders.

She explained how she was low on funds when she first auditioned for the role and it felt like “life or death” for her.

Nadia said: “For me it felt like life or death and then they brought me back for a call back and I remember I had to learn and piece and be in Pat Butcher’s sitting room.

“I imagined it was going to be enormous but it’s tiny and I had to do this whole really dramatic acting piece to Pat Butcher’s empty chair with five cameras on me.”

Nadia successfully won the part and appeared on the programme from 1997 to 1999.