A leaked document, the Operation Yellowhammer report, claims the UK will face shortages of fuel, food and medicine under a no deal Brexit. However, Conservative Party Chairman James Cleverly has claimed the document is “not a set of predictions”, but rather the “worst-case scenario”. ITV Good Morning Britain host Ranvir Singh asked: “This leaked document which obviously the Government said was out of date, giving out the worst-case scenario of what would happen in a no deal. So shortages of medicines, food shortages and so on.

“Isn’t it now your responsibility as the Conservative Party to counteract this with the most up to date and perhaps something that would give us peace of mind actually as a nation, on what would happen in a no deal?”

“It is a set of worst-case scenarios to basically make sure that the Government action, which is what we’re currently taking, which is that document is out of date, avoids any of those difficulties.

“That’s what we’re working on, but ultimately as what you said in your introduction, what the Prime Minister is really focused on is the future negotiations to get a deal that can get through Parliament. 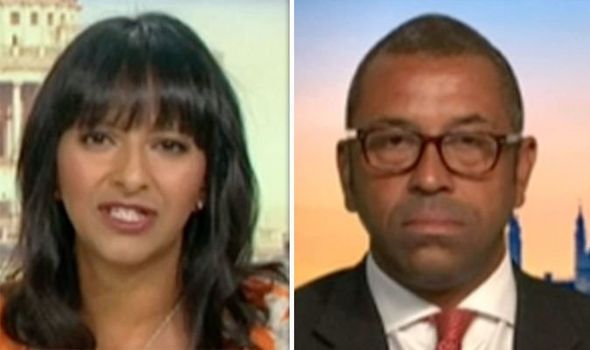 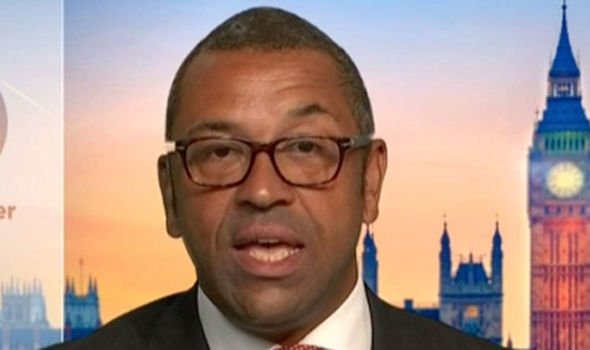 “Respects the Good Friday Belfast Agreement and respects the traditions of the various communities in Northern Ireland.

“And enables us to leave the European Union on time, which is what we have committed to.”

Presenter Richard Bacon remarked: “Nonetheless that document, and some people in Westminster said it was not the worst-case scenario, it was a more realistic assessment of what will happen.”

The Tory MP for Braintree hit back: “It is a worst-case scenario document, that’s explicitly what it is.” 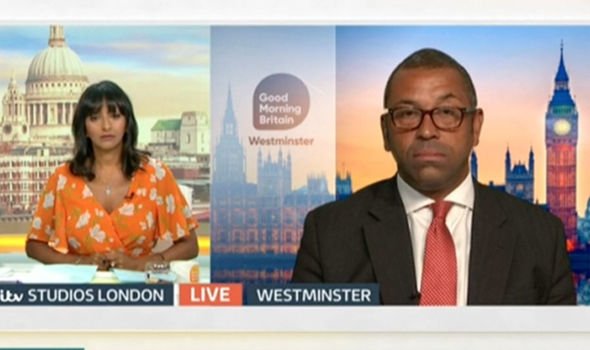 The leaked dossier, which appeared in the Sunday Times, warned Britain will face shortages of fuel, food and medicine under a no deal Brexit.

Brexit Party leader Nigel Farage criticised the leaked document, saying: “What do I make of all this? I don’t think this is really a Government document at all, I think it’s a civil service document, I call it an Olly Robbins special.

“There is no way the civil service have been neutral through this whole process, they are doing their utmost to stop Brexit. Of course, the classic way these things are done, is through fear-mongering. 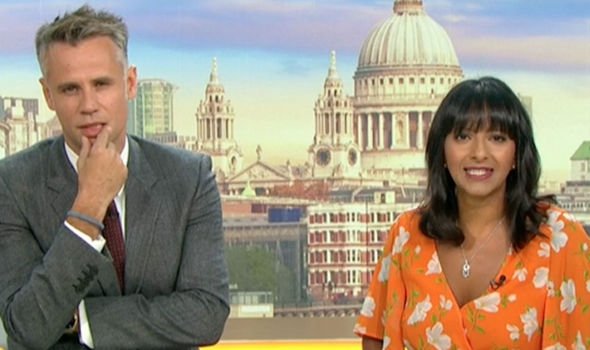 “The clue as to why it is so completely ridiculous is to suggest that a few months after Brexit the number of goods entering and leaving this country could be down by 50 percent.

“What are they suggesting? Is Mr Juncker, once he gets better, going to have U-boats in the Channel sinking our ships? What are they talking about, we are not at war.”

The document warns up to 85 percent of lorries using main channel crossings “may not be ready” for French customs, meaning disruption at the ports.

A hard border between Northern Ireland and the Republic of Ireland is also considered as likely as current plans to avoid widespread checks appear unsustainable.

The dossier predicts price hikes in supermarkets as a result of reduced fresh food availability and hints passengers will face long delays at EU airports, St Pancras, Eurotunnel and Dover.

A senior Whitehall source told The Sunday Times: “This is not Project Fear — this is the most realistic assessment of what the public face with no deal. These are likely, basic, reasonable scenarios — not the worst case.”