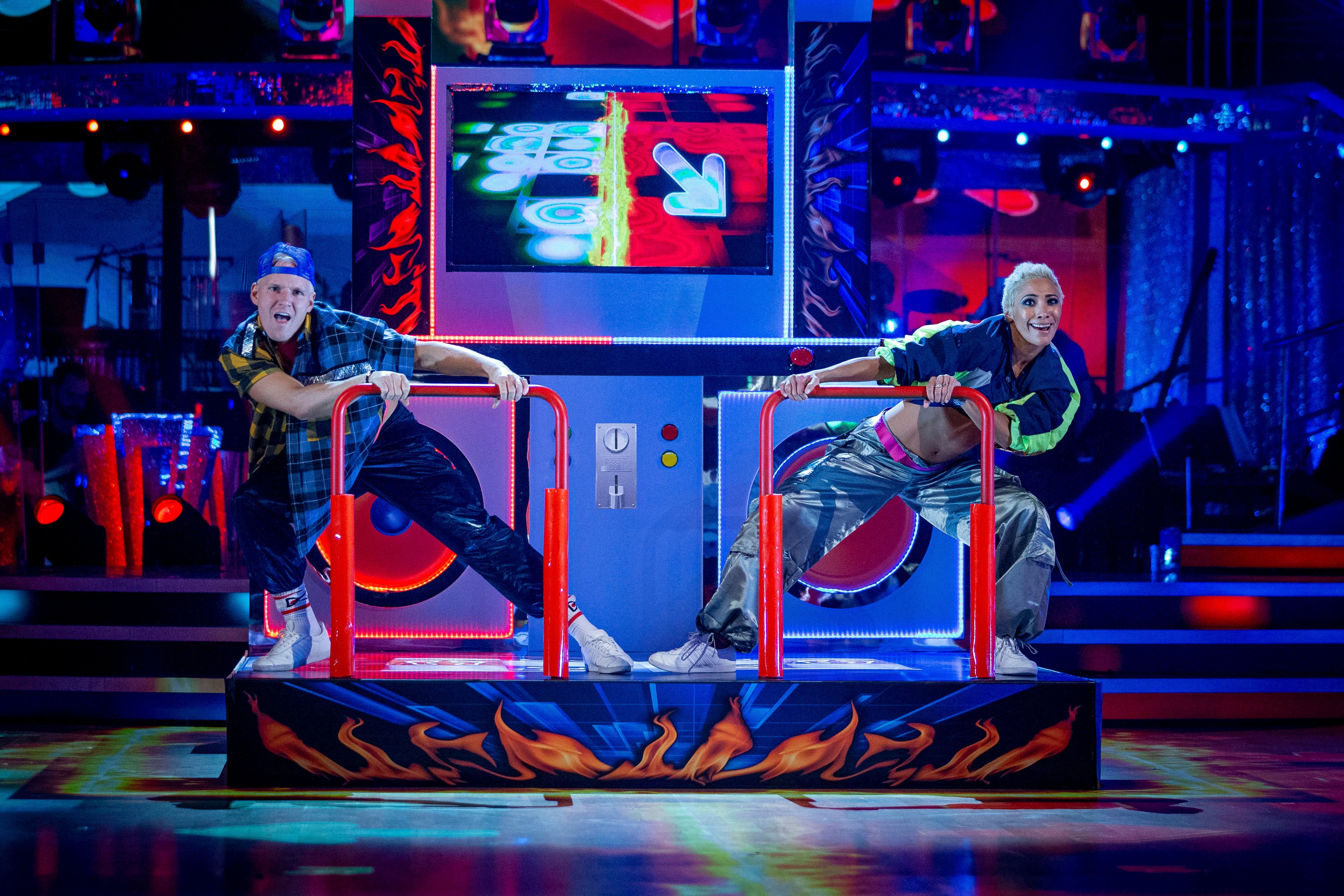 The Made In Chelsea star and his partner Karen Hauer notched up 29 points for their street dance.

Judges told the pair they “nailed” the performance – which took place in Elstree instead of Blackpool this year because of the pandemic – and were “amazing”.

DJ Clara Amfo is bottom of the Strictly leaderboard, receiving just 18 points from the judges for her samba with Aljaz Skorjanec.

Shirley Ballas told Amfo that her feet “missed the mark” and it was her “weakest performance so far”.

Good Morning Britain star Singh said to be asked to close a show which paid tribute to Blackpool “is a mind-blowing honour” for a “Lancashire lass, born and bred” and the couple notched up 27 points.

Maisie Smith and Gorka Marquez performed a salsa after being in the dance-off last weekend.

“I thought that was absolutely brilliant,” Anton Du Beke, who is standing in for Motsi Mabuse on the judging panel, said.

“What a way to come back from that dreaded dance-off,” Ballas said and the couple received 27 points.

But some viewers disagreed with the judging.

One viewer wrote on Twitter: “Scoring is all over the place again. If they’re going to be this inconsistent them the judges scores shouldn’t count and it should be public vote only.”

And another added: “I like watching Strictly for the escapism, but tonight I am mostly just shouting at the screen.

“The marking was all over the place. Clara did not deserve to be six points adrift at the bottom of the board for a start, and some of the other marking was ridiculous.”

Earlier thisweek, Nicola Adams and Katya Jones confirmed they will return to Strictly Come Dancing for one final dance.

The pair, who were forced to leave the BBC One show after Jones tested positive for Covid-19, will return to the ballroom in the coming weeks for a non-competitive routine.

Olympic boxer Adams, 38, revealed the news during an appearance on BBC Two spin-off It Takes Two, when she said: “Well as my saying goes I do like doing the most. Me and Katya will be coming back.”

They both began self-isolating separately and were ruled out of the competition.