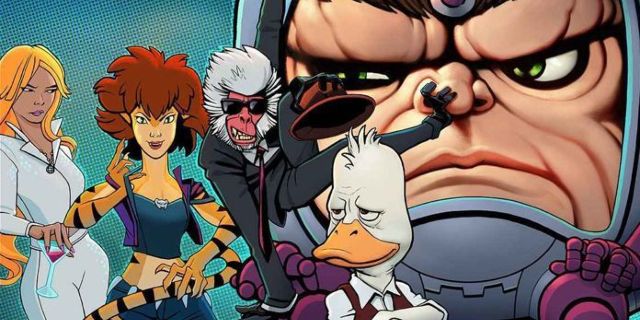 Phase 4’s beginning has been revealed by Marvel Studios and there were some major Marvel Cinematic Universe television series announced for the upcoming Disney+ streaming service. Questions about what will happen to some of the loved shows on Hulu remain and Marvel Television chief talked to Dateline about the company’s plans for the platform heading forward.

The biggest reveal during his conversation with the magazine had to be the focus on mature animated series as Marvel’s plans with Hulu move forward. A number of high-profile names have been attached to the efforts and multiple series are in the works according to the head man. Not too long ago, cartoons were the primary domain of Marvel’s presence on television. Jeph Loeb talked about what sparked this turn back to animation after all the focus on live-action series for Marvel.

“I’m a huge Archer fan, and Dan Buckley, who’s the president of all things other than the studio here at Marvel, and I started talking about how we have this mutual love of animation and also pushing that wall,” Loeb told Deadline, “The idea of doing something that was more adult, some of which was started with the idea of doing Deadpool animated. What we really liked was the notion of putting together a group of titles that could then be a group, as we had done with Defenders.”

Loeb and the minds behind the creative output clearly love the sort of freedom that animation provides. Defenders getting mentioned here also points to the importance of that street-level show in the consciousness of those creating. That band of misfits that becomes a “family” is definitely something the company wants to carry forward.

Loeb continued, “We just started looking through things that made us laugh, and you know Patton Oswalt playing M.O.D.O.K., Will and Josh, who had this take on Hit-Monkey, the idea of a monkey assassin just made us smile. When Chelsea Handler and Erica Rivinoja came in, and we started talking about how do we do what we sort of refer to as Laverne and Shirley in the Marvel Universe…”

Loeb is really looking forward to interrogating those two talents and seeing how they play off each other. The Marvel TV boss also discussed the prospect of bringing in various fan-favorites to help complete their roster on the platform.

“When you put Tigra and Dazzler together and you know that Chelsea’s going to voice Tigra, you just know that’s going to be just fun, and then it was just inevitable that we were going to do Howard the Duck, and we just knew that the kind of Howard the Duck we wanted to do was not going to be a live-action guy in a suit or a CG creature, or whatever, we just wanted to do it as a straight-ahead, smart, funny, political…”