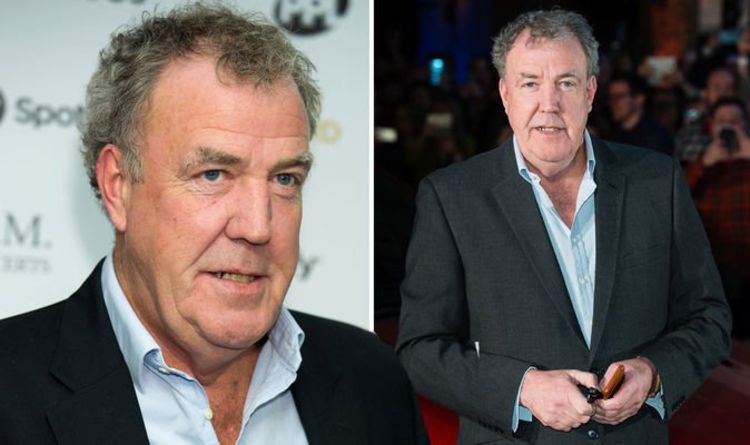 The Grand Tour presenter Jeremy Clarkson, 59, presented BBC show Top Gear from 1988 for 10 years before making a return in 2002.

Following an altercation with one of the show’s producers, Jeremy was sacked from the show in 2015.

His co-stars Richard Hammond, 49, and James May, 56, moved on to launch their own show The Grand Tour, with Amazon Prime.

During his time at the BBC, the host was said to be one of the broadcaster’s highest-paid stars with a reported £1 million per series.

With his other work in the mix, Jeremy is believed to be worth £46 million, according to Celebrity Net Worth.

Reflecting on his earnings, Jeremy told The Times his wages are deserved as “your entire life is taken over”.

Elaborating, he added: “You get that for your entire life being taken over.

“So when you look at all those BBC salaries that are published, you think, ‘You get that for an hour’s work,’ No, you don’t.

“You get that for your entire life being taken over by, ‘Selfie, selfie, photo, photo.’ Somebody has to pay for that.”

In the same interview, Jeremy Clarkson compared Top Gear to the trio’s show The Grand Tour.

Jeremy insisted there was no different between the shows, adding: “Everything was exactly the same.”

“Same behind the scenes and in front.”

Following the success of The Grand Tour’s first three seasons, the trio have been filming for a fourth series.

In a recent admission, Jeremy Clarkson said the team had lost thousands after weather conditions in Vietnam disrupted their planned ending.

Speaking on his Drivetribe Youtube channel, he said: “It was an incredibly dramatic ending which was entirely accidental.

The Who Wants To Be A Millionaire? host went on to say James had to be rescued from a boat after a monsoon struck.

He told The Sun: “I, of course, was fine, but May had to abandon ship as crew boats were filling with water.”

The Grand Tour seasons 1-3 are available to stream on Amazon Prime now. The new series is expected to be aired next year.