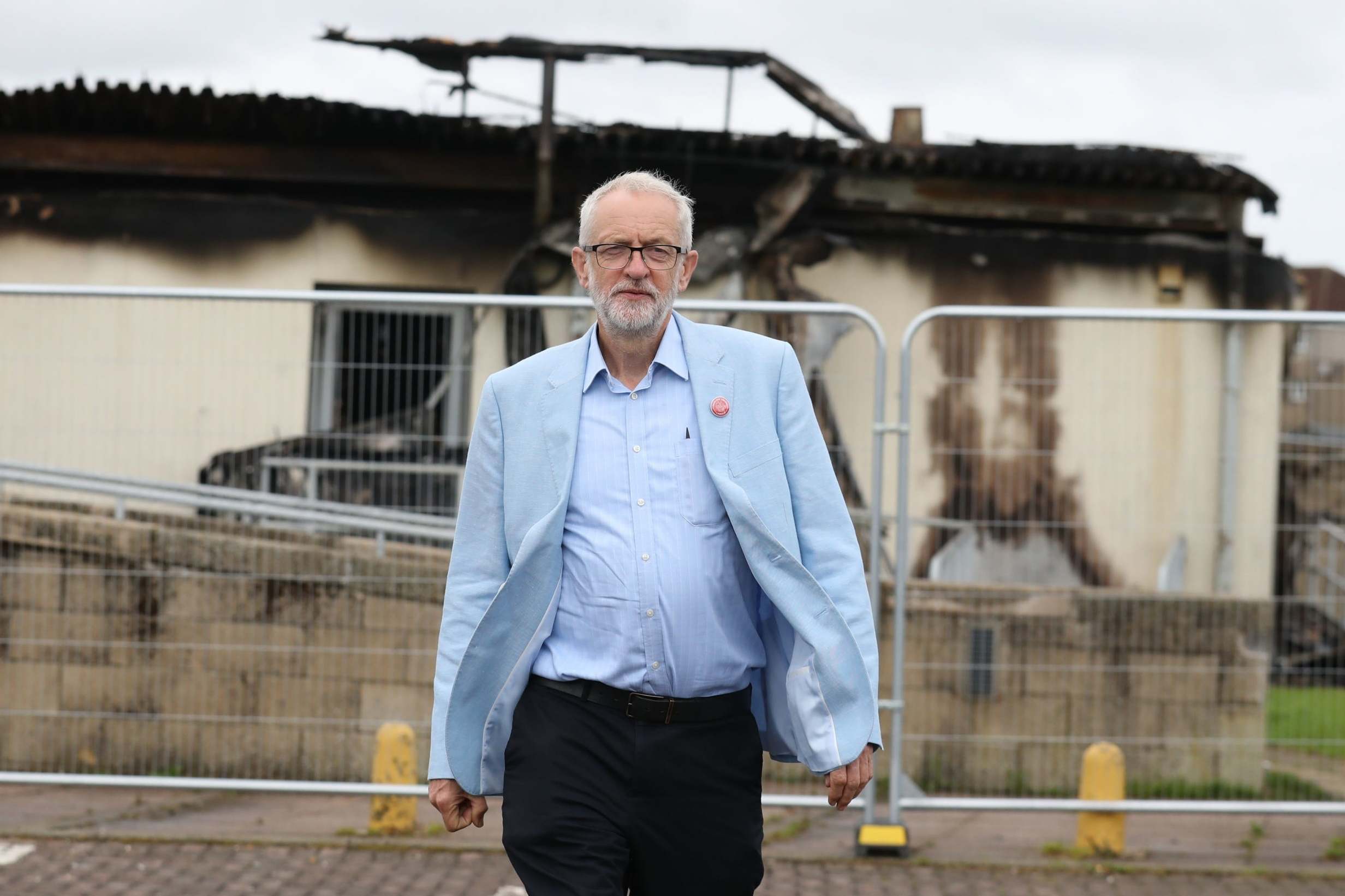 Jeremy Corbyn has said MPs will bid to prevent Boris Johnson’s “smash and grab raid against democracy” when they return on Tuesday.

The Labour leader suggested MPs would pursue legislative means to stop the Prime Minister from shutting down Parliament.

On Wednesday, Mr Johnson was granted permission by the Queen to prorogue Parliament, but opposition MPs criticised the move as a “democratic outrage”.

Speaking at the start of a three-day tour of Scotland in Dunfermline on Thursday, Mr Corbyn said he believed the implications of proroguing Parliament were “very, very serious” for the country.

He said: “We will be back in Parliament on Tuesday to challenge Boris Johnson on what I think is a smash and grab raid against our democracy.

“What we’re going to do is try to litigately stop him on Tuesday with a parliamentary process in order to legislate to prevent a no-deal Brexit, and also to try and prevent him shutting down Parliament during this utterly crucial period.

“And he would lead us straight into the arms of Donald Trump and the putative trade arrangement with the United States, which will be very damaging to our economy and, despite what he says, I believe will mean US healthcare corporations lining up to take over our NHS.”

Mr Corbyn indicated he remains confident there is enough time in Parliament to introduce legislation to prevent Mr Johnson from proroguing Parliament.

“We believe we can do it, otherwise we wouldn’t be trying to do it,” he said.

“I had a very constructive meeting with the leaders of all the opposition parties in my office a couple of days ago to go through these and we’re going to do everything we can to ensure that Parliament is able to assert itself on behalf of the British people to prevent a no-deal exit from the EU.”

Earlier on Thursday, Mr Corbyn also said that a Labour government would not allow another Scottish independence vote to be held in its “formative years”.

The Labour leader emphasised that another referendum would not be a “priority” and his party would urge against it.

“It’s not my priority that there should be an independence referendum in Scotland.

“In the early years we would be asking very strongly for this not to be put forward as a priority, but instead we work together to improve the economy of the whole of the UK and give that incoming Labour government a chance to deal with the aftermath of 10 years of austerity, the investment that’s needed in Scotland and also the crucial issues like universal credit which are so damaging to the poorest and vulnerable people all across Scotland.”