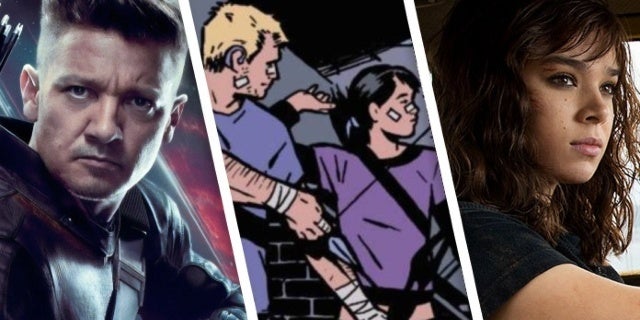 Earlier this week, a report revealed that Hailee Steinfeld is being eyed to play Kate Bishop in the Marvel Cinematic Universe’s Hawkeye sequence, and we now have a fairly epic tackle what that might appear like. A submit from Reddit person spideyvegas has made the rounds on-line, which imagines what a poster for the Hawkeye sequence may appear like. The poster sees Steinfeld’s Kate Bishop in profile with Jeremy Renner‘s Clint Barton, in a method that (just like the sequence’ official brand) evokes Matt Fraction and David Aja’s Hawkeye run.

Love this casting hearsay! from r/marvelstudios

The sequence is anticipated to comply with Clint coaching Kate to be an ace archer, in addition to discover the stretch of time Clint spent as Ronin between Avengers: Infinity War and Avengers: Endgame.

“With Endgame, I believe with any ending, it creates a brand new starting for lots of issues. Marvel has numerous plans for lots of issues. So it was thrilling,” Renner mentioned throughout a conference look. “But to sum up 21 films is very difficult, but I think it satiates a lot of the fans. I’m only here because of the fans, as we all are. Hopefully I feel like we satiate a lot of people, and a lot of people had to go, but then I think it creates new beginnings for other things.”

A Hawkeye sequence has been on the wishlist of many Marvel followers for fairly a while, and was reported to be in growth earlier this 12 months earlier than formally being introduced at San Diego Comic-Con. The sequence will be a part of a slew of Disney+ authentic sequence set in the MCU, together with Loki, WandaVision, What If?, The Falcon and the Winter Soldier, Ms. Marvel, Moon Knight, and She-Hulk.

“At Marvel Studios, Kevin Feige — who is shepherding this amazing tentpole theatrical Marvel Cinematic Universe — he is the same person behind all the Marvel Studios series that will be on Disney+, so he’s bringing in great storytellers, directors, producers and writers for these series,” Disney+ exec Agnes Chu mentioned earlier this 12 months. “It’s a way in which we can access new talent as well as leverage the great storytelling that already exists.”

What do you consider this fan-made poster for Disney+’s Hawkeye sequence? Share your ideas with us in the feedback beneath!