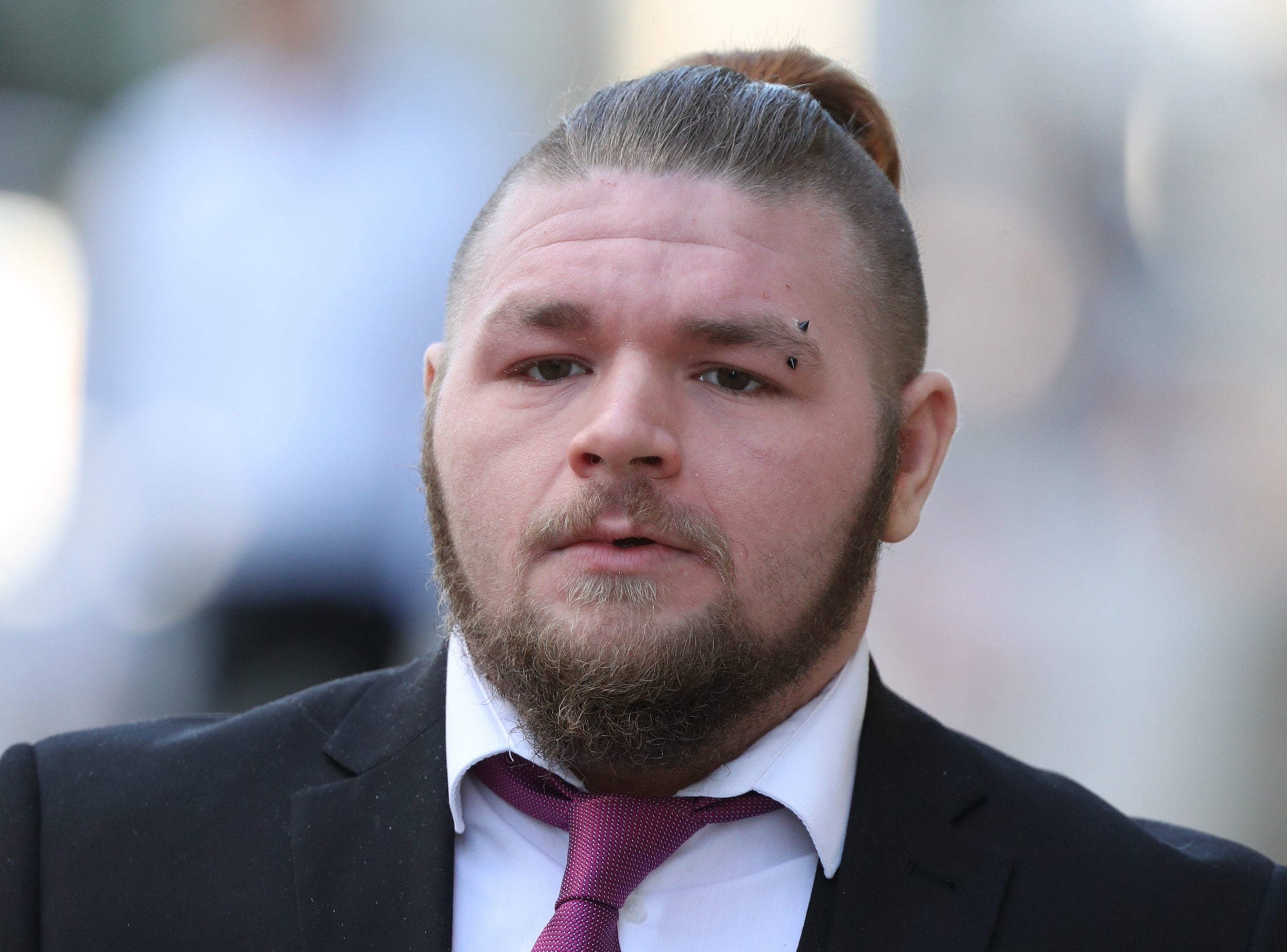 The boyfriend of Jodie Chesney, who died after being stabbed within the again in an east London park, advised a courtroom immediately the couple had been “chilling out as usual” when she was attacked.

Girl scout Jodie, 17, was with a gaggle of buddies and boyfriend Eddie Coyle in Amy’s Park in Harold Hill when she was attacked by two figures who emerged out of the darkness on the night of March 1.

Jurors have heard she was unlikely to have been the meant goal of the knife assault, which might have stemmed from one among her buddies shopping for hashish from a brand new vendor.

Mr Coyle, 18, gave proof from behind a display screen. He mentioned: “We met at Romford station at 5pm. We were about to sit there, chill out and listen to music, and have a couple of fags — the usual. We had a joint. We had only just started smoking it and were not affected by it.”

Mr Coyle demonstrated within the witness field how the killer swung his proper arm as much as shoulder top to stab Jodie.

“I saw something small and dark. I thought he was going to punch her,” he mentioned. “The taller one stabbed Jodie within the again. She was in shock at first — she didn’t know what had occurred, she simply began screaming. She screamed constantly, very loudly for about two minutes straight.

“The guys ran off. I was making an attempt to catch Jodie who was falling off the bench.”

The courtroom has heard Mr Coyle cradled her and tried to maintain her acutely aware as they waited for the emergency companies.


It has been alleged that Petrovic and Ong-a-Kwie had been promoting medicine collectively, whereas the 16-year-old defendant acted as a “runner” for Mr Petrovic and the 17-year-old was serving to Mr Ong-a-Kwie promote medicine that day. The group had been peddling a brand new batch of medication labelled “pineapple express”, the courtroom heard.

On the day of the stabbing, one among Jodie’s buddies had unsuccessfully tried to purchase £20 of pineapple specific from Ong-a-Kwie and turned to a different native vendor as an alternative. Petrovic, Ong-a-Kwie and the 2 boys, who can’t be named, deny murder. The trial continues.