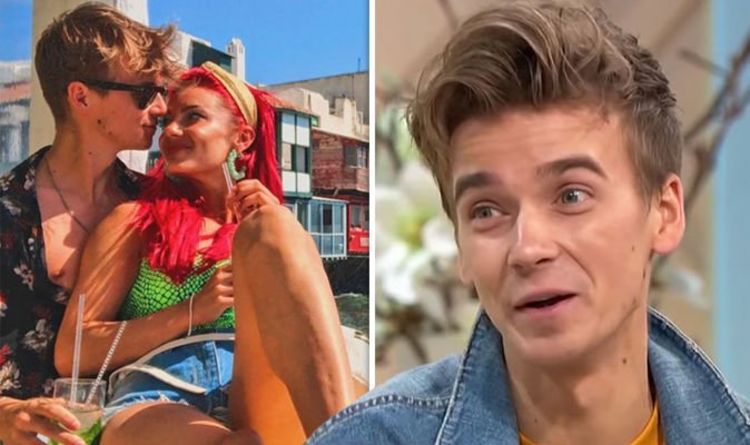 Joe Sugg, 27, appeared on the Zoe Ball Breakfast Show with stand-in host Amol Rajan, 36. on BBC Radio 2 today to unveil a surprising development. The YouTube star, who became a household name on Strictly Come Dancing last year, said he had been busy adding yet more strings to his bow in recent months as he built up to the huge announcement. “I think it might shock a lot of people,” he said. “I’m dipping my toe in to the world of musical theatre and I’ve only gone and landed myself the role of Ogie in Waitress at the Adelphi Theatre in London.”

Telling listeners about the musical, Joe continued: “It was written, choreographed, composed all by females.

“It’s about a girl who’s a waitress in a pie restaurant and it’s about her life.

“And somehow I’ve managed to get a role in there!” he laughed.

When BBC Radio 2’s Amol asked him what his reaction was to receiving the call asking him to be in Waitress, the social media favourite gushed: “I was shocked, pleasantly shocked.

“Since doing Strictly I loved being on the stage and doing something that terrified me,” he explained. “That obviously scared me each week doing that show in front of that many people.

“I was to continue to do stuff that pushes me and scares me because the feeling afterwards, of doing something like that, is incredible.”

Opening up about life since Strictly, where he first met his girlfriend Dianne Buswell, 30, when they were paired up at the beginning of the series, Joe said: “It’s flat out. I’m a busy little bee.

“I’ve been doing bits of TV, which isn’t out yet, trying to get future tours sorted, little cameos in Ardman movies,” he listed.

Joe and his Strictly Come Dancing pro girlfriend are set to hit the road with their first ever tour together next year.